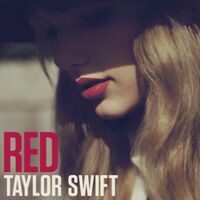 We Are Never Ever Getting Back Together

We Are Never Ever Getting Back Together

I remember when we broke up the first time

Saying this is it, I've had enough, 'cause like

It wasn't hard for Nightcloud to remember the first feud she had gotten into with Crowfeather, and how long it had taken the two to forgive each other.

Reaching back into her memories Nightcloud could remember it had happened under a moon after the two had decided to become mates.

And it had happened because of Leafpool.

Nightcloud had accused him of exchanging a very meaningful glance with Leafpool and he had taken it was too personally and claimed that she was far too overprotective, snapping at her for several long minutes before whirling around and leaving her alone in the center of camp.

It had only been a few sunrises later when she had forgiven him.

We haven't seen each other in a month

When you, said you, needed space, what?

Then you come around again and say

Sighing Nightcloud felt her gaze turning up to the stars, "When is he coming?" She whispered gently.

She would have expected that her mate would have come to ask how she was doing, and see if she and Breezepelt were getting along alright.

But he didn't appear to care.

He didn't appear to love her enough to even stop by and say hello.

A small tear reached the corner of eye as she realized he had never loved her. She had never been anything to him but a mate to prove his loyalty.

Baby, I miss you and I swear I'm gonna change

Trust me, remember how that lasted for a day

"Nightcloud?" She could remember how she was there again, a moon before the large battle when she and Crowfeather had gotten into a huge fight yet again.

"Yes?" Her voice had been constrained and cautious.

For a moment she had opened her jaw, prepared to let him back in.

Before snapping away, "No!" She had protested, "I'll let you in now just for you to leave again in a few sunrises!" And she had stormed off.

The same night Crowfeather had approached her, apologized yet again, and this time she had accepted his apology.

She had been so vulnerable and quick to believe him even after he had lied so many times.

Oooh we called it off again last night

"Nightcloud?" Nightcloud suddenly felt herself snapping out of her dreams, only to face them all over again; Crowfeather standing across her.

"Hello Nightcloud," His voice was a little tight, "How is your night?"

"It's fine," Nightcloud's voice was held off from her former mate.

"How is WindClan?" Nightcloud questioned.

"WindClan is doing alright," Crowfeather claimed, "Many cats miss you. I miss you too Nightcloud; I really wish that you could return..."

Nightcloud sighed, "And you care because..."

Those three words could be the lost powerful ever spoken.

But only when they were honest.

"Yeah right," Nightcloud snapped, pushing herself up to her feet.

"It's true," Crowfeather whispered, but Nightcloud had heard all she needed to.

Walking away from Crowfeather she felt her frustration flowing through her, as she stormed off, Crowfeather's voice calling loudly behind her.

But in her mind she was determined not to give into him this time.

She was determined to finally end this.

And me, falling for a screaming that I'm right

Nightcloud couldn't even count how many fights she had been threw with Crowfeather. And they had been over just about everything.

The two had almost been looking for things to fight and debate about.

"How could I have ever thought we would work," Nightcloud whispered under her breath, fighting back hot tears that always arrived.

She had been foolish.

And now her shattering heart was paying the price.

And you, will hide away and find your piece of mind with some indie record that's much cooler than mine

Oooh you called me up again tonight

"Nightcloud please!" There was a begging tone to Crowfeather's voice as he continued to chase her and she was finally left with no choice but to whirl around and face him.

For a moment genuine hurt crossed his face before he sighed.

"If I had a mouse for every time I heard that from you I would be extremely plump.

"This time I mean it," Crowfeather whispered.

Nightcloud found herself staring into his eyes as they stood idly.

"Please," Crowfeather whispered, "I didn't even know where you were; it was so hard to come and find you; especially while the rest of the Clan hates Breezepelt."

"What?" Crowfeather tilted his head to the side.

"You attacked him during the battle!" Nightcloud replied, feeling anger quickly running through her veins as she challenged her former mate.

"He was tryign to destroy the Clans!" Crowfeather exclaimed.

"So you place your Clan-which has never even trusted you since you took Leafpool as your mate all those moons ago-above your son and mate!"

"My son is a monster," Crowfeather snarled, "All he's ever cared for is power and revenge. I'm ashamed to be his father," He paused, "But I still love you Nightcloud."

Nightcloud felt herself softening a little at the sweet look in his gentle deep blue eyes.

Maybe he really does care...

"Please," He whispered again, "Return to the Clan with my, Nightcloud!"

I used to think, that we, were forever ever ever

And I used to say never say never

Nightcloud could clearly remember their first few sunrises together where she had felt that he world was finally complete.

Where she had thought nothing could break them apart.

Where she had felt a strong connection between Crowfeather and herself.

Where she had thought she had found he thing that mattered the most in life; love.

When she had actually thought it was all real.

Huh, he calls me up and he's like, I still love you

And I'm like, I'm just, I mean this is exhausting, you know

And then they had fought and decided not to be mates anymore.

Before deciding they had forgiven each other.

Then forgiving each other.

Nightcloud had found it all so exhausting and she began to realize what a relief it had actually been for Crowfeather not to come barging into her life every other second either curing or breaking her heart.

"Why not?" Crowfeather's gaze was pleading, "Breezepelt doesn't even love you; even you can't deny that fact... and I do."

"No you don't," Nightcloud replied harshly, "And I'm tired of pretending you do."

"No," Nightcloud repeated, "This is over, Crowfeather."

"What makes you say that?" Crowfeather questioned and Nightcloud starred deep into his eyes.

"Find another cat to help you prove your loyalty to the Clan," Nightcloud sighed, "I'm tired of being used!"

We, oooh, oooh, not back together, we

Oh, getting back together

Crowfeather opened his mouth to speak again before snapping it shut and sighing, "Are you sure, Nightcloud?" He questioned.

For a moment Nightcloud wasn't-and she felt herself weighing both options before sighing, "Yes, Crowfeather. Now get out of here before Breezepelt shows up."

And my friends talk to me

Nightcloud watched her former mate as he paddled away with gentle footsteps; obviously lonely, and probably wondering what he would do when he returned to the Clan.

That's not my problem, Nightcloud decided turning around, glad she had finally solved the issues she had been struggling because of since she became mates with Crowfeather.

Se let out a deep sigh of relief.

It was finally over.

Retrieved from "https://warriorsfanfic.fandom.com/wiki/We_Are_Never_Ever_Getting_Back_Together(Songfic)?oldid=180265"
Community content is available under CC-BY-SA unless otherwise noted.