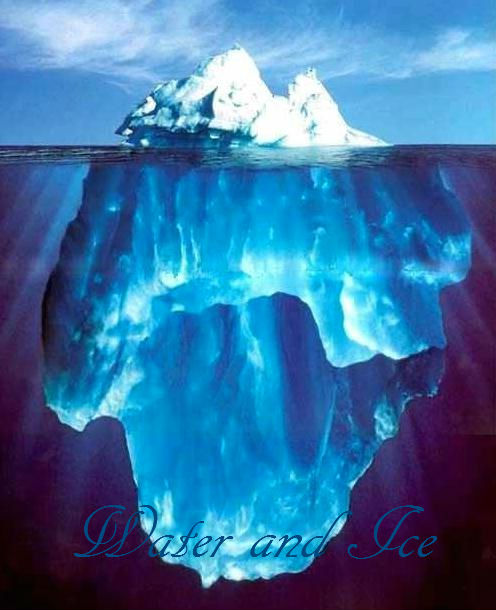 In science, water is ice, and ice is water. But when used in real life, these two just don't mix. See two very unlikely apprentices, much like water and ice, get along.

Rainpaw- dark gray tom with light gray flecks in his pelt, like rain in a stromcloud. He is unpredictable, and is mainly gentle and warm, but when he's angry, he rages like an ocean storm.

Frostpaw- pure white she cat, living on a second chance given. She goes back in time, but she remembers everything, and lives a cursed life for her choice. Was normally very bright and playful, but a single descision takes it all from her, and she is now cold as ice.

A white she cat stood in the moonlight, tears streaming down her cheeks. She looked up at the sky, eyes pleading.
”Please, I want a second life. I want to start all over again, a completely different cat” She begged, tears dripping down into an unmoving dark gray tom. ”I don’t want to live like this. Please take it back!” She yowled.
’Be careful what you wish for. It may not be what you truly want. Do you still wish it?’
”Yes”
The white cat said without hesitation.
’You will be transported back in time, a chance to start again. Now close your eyes’
The grieving she cat obligingly closed her eyes, and she disappeared with the tom.
’You will live a cursed life...’ The voice hissed after they had gone

I woke up with a start in my nest. Then I realized..I was back in time! I was Frostpaw again, and Rainpelt was Rainpaw again. I expected to feel happiness, but there was none. My hert felt empty. I had no happiness, nor gladness. All I felt was a cold, cold heart. ’I can’t feel emotions anymore’ I realized. I should have been panicking, or be sad, but I just accepted it without a single feeling.
My cold heart told me it was all okay, as long as I had a second chance. I lay back down to rest, and thought about myself.
Now, my lack of emotion felt normal. Love, joy, everything that had made me feel happiness in my old life seemed so useless and annoying. I didn’t even know, or wanted to know, what happiness felt like.
Rainpaw came in, holding a mouse. Just then, I remembered that this had been the day Rainpaw had told me he liked me, and I had accepted.
’Like? They’re petty things that bother me’ I snorted, and turned to look coldly at Rainpaw, my eyes cold and unfeeling. I decided to change history, and slid out before he asked me to share. I ignored his hurt look, and chose a small mouse for myself. I did that because I didn’t ever want to go through the same thing again, all the pain I had gone through for him.
As I recalled my past, I suddenly felt a bolt of pain, the grief I had felt, but without the love and sadness. Just pain.
I staggered as my heart throbbed. Rainpaw was immediately at my side. ”Are you okay?” He asked worriedly. I mewed ”Of course I’m okay” coldly, and stalked off to hunt.

Blinking, I stared after Frostpaw as she walked away, the fur raised along her back. What was that all about?

With a sigh, I looked down at the mouse I'd hoped to share with her. There for a moment, I had let myself get caught up in the fantasy that Frostpaw might actually like me. I really thought we had connected... was that really all a fake? Everything we had together? Or was it just something I foolishly imagined.

A shudder rippled through me as I recalled the blank look in Frostpaw's eyes as she refused my offer. Surely I hadn't dreamed up the emptiness in her once-warm blue eyes?

Rainpaw, you're being silly, I told myself. But it didn't matter. The cat I had just talked to wasn't my Frostpaw. I was sure of it.

"Focus Rainpaw!" My mentor, Cherrysnow - named for the white patches that splotched her glossy red fur - hissed in irritation. I knew I must've been really bad to aggravate the mild-mannered she-cat.

Sighing in defeat, I scrambled to my paws. "I'm sorry." I hung my head. "That was an easy move, and I just bungled it..."

Sympathy shone in Cherrysnow's eyes. She laid her tail comfortingly on my back. "It's fine, Rainpaw. Everyone has bad days." She smiled. "Even you."

"Thanks," I muttered gratefully. I knew I should've tried harder, but I was so preoccupied with the whole Frostpaw thing. Why had she snubbed me? The thought that after everything I'd done to impress her, she still didn't like me, it was too painful to bear...

That was it. I made up my mind.

No matter what, I was going to win Frostpaw over again. Whatever I'd done to make her mad, I would right it.

She was mine. It was the way things had to be.

Or so I thought.

As I hunted in the forest, I suddenly had a tinge of deja vu. Well, it wasn't really deja vu, since I was basically doing the same thing I had done, so many moons ago.

But things were different. That past seemed like a mere dream, something to be forgotten. I was hunting alone this time, without Rainpaw. Narrowing my eyes, I shook off the thoughts. Crouching, I quickly ponced upon a squirell, and buried it near an oak tree. I sat, and breathed in the familiar scents of the tree, where .... Before I had a chance to think anything, I was whisked back in my memory.

"Look, Frostpaw! I caught a bigger mouse than you! I win!" A gray tom pranced around Frostpaw playfully teasing her. Frostpaw purred, and mewed "Next time, I'll beat you! Just wait! I bet I can catch more prey without you around, 'cause you always catch the biggest ones first!"

Rainpaw purred and sat beside Frostpaw. "You're already perfect to me.. Don't change that. You don't need to catch more prey to win my interest, you already have it, entirely..." Frostpaw closed her eyes, and leaned against his sturdy shoulders. If everyday was like this....

I jumped as someone nudged me. "Frostpaw, what's wrong with you? You were like, out for an hour!" Rainpaw cried out worriedly. Hissing, I turned on him, and spat "Stop trailing me around! It's not like I'm a kit or anything! Leave me alone!" and raced farther into the forest. As I ran, I stumbled as I felt pain again. A lightning bolt of pure pain passed, and I was left shaking and gasping. I was angry with myself, and decided to give up hunting for the day, and went back to the place where I had buried my prey.

Rainpaw had already gone. 'Good grief! He was annoying' I thought with relief. As I dug it up, I remembered my own words.... catch more prey without you around I somehow found it oddly prophetic as I padded slowly back to camp.

Retrieved from "https://warriorsfanfic.fandom.com/wiki/Water_and_Ice?oldid=195917"
Community content is available under CC-BY-SA unless otherwise noted.