The Beginning Of The End is the first story in the Rising Darkness Arc and a collab written by Firestar, Eevee, Cchen and Lilly. It follows the events after 'The Last Hope'. 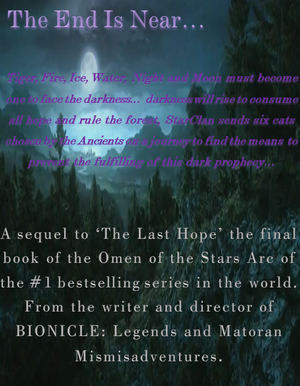