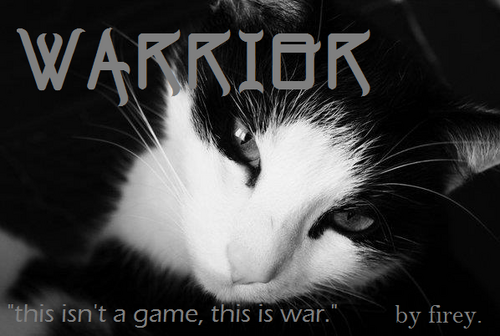 Ravenflight knew she was ready to fly. She was going to be the best fly warrior, and hopefully the best warrior. She knew what it took to reach the top and she would do what it took. She was the “Reckless Raven” as the other recruits liked to nickname her. Everything was just a simple challenge to her, another victory to add to her score. But after awhile, she realized that it wasn’t just about training, it was about being aware that this was all for a reason. It wasn’t a game.

Retrieved from "https://warriorsfanfic.fandom.com/wiki/Warrior?oldid=284248"
Community content is available under CC-BY-SA unless otherwise noted.