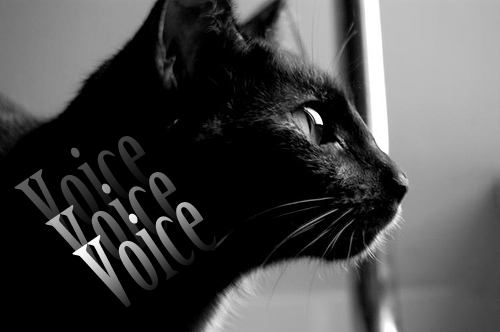 A Show by Dark

All his life, Rookpaw had a voice inside his head. He doesn't remember when it invaded his mind, nor does he know what it wants. All he knows is that it is everywhere, watching him, listening to him, whispering in his ear. It never stops, never leaves him alone. All he wants is to be free. But perhaps he is not the only one who feels this way...

Your own true friend

It's the first time Rookpaw has been able to dream in weeks without the Voice's pestering. What fantasies of hope haunt his woebegone mind?

Lilac reflects upon the nature of her unusual apprentice, Rookpaw. A mentor's pondering in her pupil's absence.

The Voice needs him to listen, but Rookpaw refuses to acknowledge it during his assessment. Soon he will know what happens when he ignores the silent pleas.

Blackcough has returned to ShardClan, infecting many, including Foxpaw and Rookpaw. Over this time, Rookpaw has recurring visions of a black she-cat, begging for his help.

With all traces of Blackcough purged from ShardClan, Rookpaw and Foxpaw can now attend the seasonal Half-Moon Games. But the Voice won't stop whispering, and Rookpaw's distractedness could cost his team everything.

Now that Foxpaw is clued in on Rookpaw's secret, the two apprentices become closer than ever. Times are changing for the better in ShardClan. However, the Voice is showing Rookpaw horrific visions of the future, and the black she-cat of his dreams won't leave him alone.

She's done it. The black she-cat has surfaced from Rookpaw's dreams to reality, and she yearns to feel blood on her claws. If only Rookpaw had been quicker. Foxpaw would still be alive.

Retrieved from "https://warriorsfanfic.fandom.com/wiki/Voice?oldid=326557"
Community content is available under CC-BY-SA unless otherwise noted.