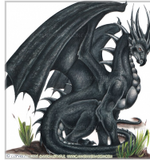 I just wanted to let you know that I HAVEN'T been brainwashed...yet. Anyhoo, like my new signature that I MADE? :) RPPYour Bean-Mobile Awaits! - LOL, this came from an accident on one of Zaffie's blogs. My computer autocorrected whatever it was to 'beanship'. then Bloody made me a bean 12:52, June 12, 2012 (UTC)

Ohmigod. I can't believe it LEFT that signature meaning there. *sighs* I'll go fix it... RPPYour Bean-Mobile Awaits! - LOL, this came from an accident on one of Zaffie's blogs. My computer autocorrected whatever it was to 'beanship'. then Bloody made me a bean 12:53, June 12, 2012 (UTC)

My astronaut training camp! Also, if Maple doesn't return by Friday, you can write for Echokit until she comes back. BY FRIDAY. :) RPPYour Bean-Mobile Awaits! 00:08, June 13, 2012 (UTC)

questions about your contest

Hay Zaffie! Can you extend you contest by a couple of days, so I have time to finishe writing my story. Also, I'm not all that sure how far ahead Autsralia time is ahead of my time, because right now, for me It's late evening on June 12th. Does this mean I have tomorrow to write my story as well? I feel really bad that I might not be able to finish my story, on top of a dropout or two from you contest. Cinderstar We have to let the warrior code rule our hearts. -Hollyleaf 03:43, June 13, 2012 (UTC)

Bananas are yummy. So is pie. *enters trance* So is...astronaut food....jk, I haven't been brainwashed. I'm still a normal kid. Apprentice-ranked, by now, y'know, I've been here almost six months! Wait...but that means I'm still a kit. Galumph. Anyhow, did you see the other bit of my message - about Echokit from Flight to the Stars? I'm not sure when Maple's coming back, and she might not be up to writing when she does. So would you like to take over - if she doesn't come back by Friday? Thanks. RPPYour Bean-Mobile Awaits! 12:47, June 13, 2012 (UTC)

And many more....*cheesy opera voice singing*

I kind of owe it to you to explain what the site is . . . its a warriors RP site that closely resemble the Weeb;y StormClan. Please do not get upset. One of my friends, who was on StoneClan, is not permitted on wikia, and i wanted to do things a bit differewntly. I promise I won't advertise it on StormClan wiki without your permission. If you want to see it, go to joingladeclan.weebly.com . I am really hoping you will undertand. I was sure to mention joinstormclan.weebly.com as my inspiration. This has been a bad day for me, I don't think I could stand gaining another enemy. I hope your at least happy I told you. Back and Better Than ever! 23:19, June 14, 2012 (UTC)

Thanks so much!!!! Back and Better Than ever!

I SHALL ADD YOU IN.

But then I can't make any more pictures this month.

And now, my dear Zaffles, a very important question.

'*in epic, booming voice* WHAT. IS. YOUR. WEAPOOOOOOOOOOOOOON?

I finished my story for your contest. Sorry it took so long. It's not the best I've written, but It'll have to do. Cinderstar We have to let the warrior code rule our hearts. -Hollyleaf 17:15, June 17, 2012 (UTC)

Flight to the Stars

Hey Zaffie, my ban's over now, so I can leave you this message:

I'm not coming back. Sorry, but I had a good time with you and everyone else before this drama started :)

P.S. I'm going to leave you a message with your BDay pic when I can upload it on meh computer on WOFW.

jaypaws thoughts and most my fireleafs my friend sent me and asked me to post them im sorry if there copys i didn't mean 2 Starkit A fallen star shall save the forest 19:27, June 20, 2012 (UTC)

Since you are now a member of the staff, I shall come to you with my problems *grins evilly* JK. However, this topic I am going to ask you about is something that could possibly concern my happiness. And possibly Shigura's too, but anyhow...

Do you think I could adopt her (his?) story Into the Wild - A Play ? I really like it, and think it's a marvelous idea, but I'm afraid I would muck it up. Is Shi still a user here? Thanks!

Your buddy (who needs to be two years and nine days older to be legitimate),

my friend had sent the file and i will make shore it dosen't happen agine Starkit A fallen star shall save the forest 22:59, June 20, 2012 (UTC)

I asked her once when (if?) she was inactive. I know she became active again, and I only asked to adopt it because I asked Arti before, and that's what she said I should think about...at least, I think I asked Arti. I honestly can't remember. xD Anyhow, I'd rather Shi finishes it...but on her user page it says 'Derp. I'm gone. Need to speak with me? Clicky here' and then it has a link to fanfiction.net....I left a message before, but...idk. I'll ask her again. Red Panda Potter 19:55, June 21, 2012 (UTC)

Thanks for your impressed-ness. And it's okay, I honestly don't mind that you don't write for Echokit. I have no idea where to take the collab, and I have no idea how to do it. I thought it was a good idea...but then....mleh.

Also, thanks for that vote of confidence on my welcoming committee. (that was NOT sarcastic, by the way. xD) Did Arti tell you, or did you stalk her user page?

Thanks! Can I have it say 'Night' in black and 'shimmer' in gray? (One word) And then in the little text beside it, can it say 'Half Clan-Whole Destiny' in red? (No background) And, btw, how do I put it so I don't have to copy and paste it all the time? (Lol, I just joined today and I already hate coding XD) NightshimmerXD 01:36, July 5, 2012 (UTC)

Ello Zaffles. And actually, I have been on here I just haven't edited. I just read the things people post, without actually commenting. Like a creeper. Anyway, we call it Cotton Candy in America Land. Fairy Floss is a far superior name, though. I can't even think about the Warriors fandom right now because I am freaking out about The Legend of Korra fandom. If you don't watch that show, you suck. The finale just aired yesterday and OH MY GOSH WHAT HAS HAPPENED THIS IS TOO MUCH AHHHHHH ASFAFIGUEIGFRIWUHL.

Omg, I didnt even remember the competition doesnt start until the 10th! *facepalm* Im so sorry, when we start on the 10th Ill restart Into the Wild and Fire and Ice okay?

I'm leaving in like ten minutes! Raaaaaaaaahhhhhhh! *excitement* You are probably the last person I talk to before I shall go to the Schlitterbahn. o.o "I got hungry, in my sleep. And I accidentally ate you." Arti, you bad, bad Wolf! D': 13:26, June 30, 2012 (UTC)

Nah, I tried it, it's still being a Mutantninjadeatheater. (ah, references, references) so i'll just stick with the easy one :3 *superfantasticallyawesomedino huggle*Nighty Was Here :3 13:12, July 6, 2012 (UTC)

someties whn i camp or go hunting in the forest behind my house. Multistar Your best friend and worst enemy 17:55, July 10, 2012 (UTC)

Retrieved from "https://warriorsfanfic.fandom.com/wiki/User_talk:Zaffie?oldid=131813"
Community content is available under CC-BY-SA unless otherwise noted.