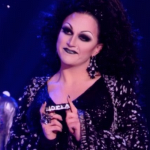 Leave Messages Below Here- and Please Use Headings!

So,um,hi. My account is really new to to this wiki,but I'm not. I love BBTC-it's my favorite fanfic series! Please continue and I hope to talk to you more and soon!--Shadows Are Dark Mirrors OfYourself 18:03, January 11, 2014 (UTC)

TANGLE HAI I LOVE YOU

I NEED TO TALK TO YOU

I don't want to lose you either cos I'm basically leaving too and you were my first friend and BBTC always used to cheer me up.

My current email has my real name in it and I don't fancy giving that out if you know what I mean. I don't have twitter/facebook/instagram (sorry)

I might create a new email just for this purpose, I'll let you know the address!

Scratch that, something's wrong with my computer.

You lag out or something?

You weren't getting my messages at all

Why do I out of all people is specifically mentioned to be commenting?!?!?!?!?!?!?!?!? And I loveeeeeeeeeee Evasa-what that's called...

I did a whole study on foreign actors

I swear that was what she did...

TANGLE OMFG I HOPE YOU HAVE SINGED SOPA IF YOU HAVE NO IDEA WHAT IM TALKING ABOUT LOOK AT MINE AND HOLLYS BLOG PAGE PLEASE DO THIS ITS IMPORTANT TO THIS INTIRE WIKI!!!!!--Shadows Are Dark Mirrors OfYourself 03:15, March 13, 2014 (UTC)

Tangle is it okay i use the rainbow song for refrence? for ad jingle?

Okay, his friends are his siblings: Gingerheart=math, writing, animals Tigerstripe=English, other languages (French, Latin, etc.) Amberstripe=(Cooking, signing, history) and his friends: Sealfur= (Science) and Rose=(words. She's a walking thesaurus) That's it! Thanks for asking me to be in the show! And your siggy isn't making a link. Maybe put the word User in front of your name?--Shadows Are Dark Mirrors OfYourself 17:18, March 23, 2014 (UTC)

Can I collab your things? PLEASEEEEEEEEEEE-

I know I'm not making sense here. Just to excited to be going to canada for a summer challange in Young ppl's theater!

Coukd you also make me a siggie? Thanks!

Dude, I know next to nothing about that XD

I was lucky enough the get the other ones. I didn't exactly want to lose my hard earned money

Guide me through the flames of discord, sing our song, chaotic lord...

The one about the airlines. I thought it was going to be wrong.

Guide me through the flames of discord, sing our song, chaotic lord...

For the first one, no. For the second one, I asked Red because you told me to pass it by the admins. She told me it was fine with her, but to check with Wetty first. Wetty hasn't gotten back to me on that, so yeah :/ Shadows Are Dark Mirrors OfYourself 14:26, June 3, 2014 (UTC)

Hi I joined in july so I am pretty new... love bbtc!Once a Clan cat

Yup. I'm Bramblestar2521, the one who "accidently" added willowpelt in her fanfics...

I have to catch up on BBTC! I totally understand the pull of WFW, seriously. I came on here yesterday and stalked the place before realising I didn't know any of the users. :(

I exsist :3 We got a new computer, because te other one shut down and my files are gone. Hopefully we can find someone who can transmer the files.

You're still writing BBTC? I thought you pretty much left the wiki... I'll check it out. It's the series I've read the most on here!

As you know, I have long since left this place, which makes me feel very bad as I dedicated many hours on the computer creating shitty fanfictions and talking to all my friends (oh how I cringe when I read my old stories). I can remember feeling excited to wake up in the morning to go on the chat rooms or read the latest episode of BBTC.

Those were good times.

And I feel sad because now this wiki seems to be less used then ever, and it feels like this place is the lonely child at school that no one wants to play with. It used to be very busy and I can remember when I first met you and you had about 200 edits and I though 'omg he's such a senior member of the community xD'

So all I really left this message was for two reasons: one, I relish on the nostalgia of just being here and two, because I wanted to leave a melancholy and very stereotyped message on your talk page saying that I'll miss you. And everyone here. And all the crap stories I wrote. I've developed so much as a writer now and I think I want to be a journalist/news reader when I'm older.

I hope you have a good life, and I want to say well done on your exam grades and I wish you the best in the future. ,3

If you ever want to contact me again (but you probably don't, I'm just a nerdy, English 13 year old girl who's best friend is the internet and who's getting waaay to emotionally attached to people online who she doesn't even know), then send me an email to: wonderwomanfromdc@gmail.com

Have a great Christmas! (In Australia...I am jealous) :)

And for old time's sake, here is my signature (I think it's still the Millenium Falcon one? I don't know anymore)

Retrieved from "https://warriorsfanfic.fandom.com/wiki/User_talk:Tanglefrost?oldid=254933"
Community content is available under CC-BY-SA unless otherwise noted.