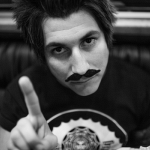 Leave your message after the heavymetal chorus. *cue Bring Me The Horizon*

sameeee. There was literally a seventeen-player game last night and my Internet went out like, right after it ended it took so long. Some noob (coincidentally the one that "ships" me and Twilight) was det and then rww was pissed he didn't claim so we ended up lynching him oops. --YOU'RE GOOD but i'm Crowley 17:48, January 25, 2014 (UTC)

You have been located in 'CAMP A'. Your pep talker is Arti and the members of your camp are Jay, Holly, Red and Stareh!

I already knew that

But I felt it should be said again.

I don't think it matters that much, to be honest, although I would recommend posting it as you write so that way your campmates and other users can give you advice(which will hopefully also serve as motivation) as you go along!

And it's not a stupid question at all haha

Retrieved from "https://warriorsfanfic.fandom.com/wiki/User_talk:Stareh?oldid=231150"
Community content is available under CC-BY-SA unless otherwise noted.