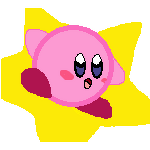 Hey spoof, can you check out my fan fic. I want someone's opinion on it. Here's the link: Here.

Check out my spoofs! I edited them, Warriors Play Call of Duty and Warriors Airsoft War are funneh, so is Warriors Prank War :3 Blackstar | The Leader's Den | Sharing Tongues | A Quest Has Begun | Artwork! | Spoofs! 18:07, August 9, 2011 (UTC)

Can I add you to my Friendlist ?

A user told me you used the name PatrioticMarch on the IRCthe other day. They found it a little offensive and asked me to ask you to please not use it again. You're not in trouble, just a request. Thanks! --ArtimasHunter 21:02, August 22, 2011 (UTC)

Hi Spoofeh! I've made a new wiki, www.warriorcats-rp.wikia.com. Bloody and Blackstar are admins of them. Do you want to join and become a admin? It's a RP wiki. Gray catsrule!

Spoofy- That comment you left on Panther's fanfic was unacceptable. I'm really dissappointed. You had no right to do that and you should know that. You've been here for almost a month. If you ever do ANYTHING like that again, I WILL ban you. I have half a mind to ban you right now. I'll be making sure you never do anything like that again. How would you like to be called 'empty-head'. It's offensive and rude and we have no room for that here. --ArtimasHunter 20:35, August 28, 2011 (UTC)

Spoofy, I saw Wolffur's comment. She said not to listen to me, but really, you shouldn't listen to her. I made up StreamClan and she stole it. Go to my user page on the Warrior Cats Roleplaying Wiki and click revision history. I last edited it on August 30th. Wolffur made StreamClan on September 12th. She sent me a message in August asking me if she can take over StreamClan. I said no. She obviously stole it from me because of my absence. Please, don't go on there anymore and leave Wolffur the Clan Stealer. Happy B-Day for me! XD 15 days to go 19:45, September 14, 2011 (UTC)

Spoofy, I'm telling the truth. If you followed the steps in my last message, you would have saw that I have evidence that I made StreamClan. Wolffur was lying. Happy B-Day for me! XD 15 days to go 01:05, September 16, 2011 (UTC)

Can you help me think of something for Chapter One of Larksong's path?

I'll be able to pick it up from here, thanks

Hi Spoofy! It's me, Sir Yummy. I know you haven't heard about me much, but I've read some of your stuff and it is REALLY funny! Oh, and not to be biased or anything, but the reason you got banned was a bad move on your part calling somebody an empty head. But I almost got banned myself, so don't feel bad. It happens to the best of us. And Linkin Park is my 2nd fave band ever! My fave songs are Numb and Burning in the Skys. Hope to see you on the wiki. Bye!

Hi, Spoofy! I just got your message, AND I LOVE VIDEO GAMEZ! I am almost a master at action, platforming, and fighting games. And yes, I LOVE the band Evanscene. My Immortal is my fave:) Also, have you heard of Steely Dan? They're an awesome band, even though they're from the 1970's, they are THE BEST BAND EVER! Oh, and visit my wiki I made, Video Game Creator Wiki( I can make you an admin.) See ya later!

No, I haven't played the game you described. I used to play Sly, but they all broke(It's still my fave game ever.) Recently, I started playing M games( I have GTA: Vice City, State of Emergency, and Call of Duty: Black Ops.). But my fave new game is Crash Bash(2000, PS1) Which is old as me. And I've heard Wake Me Up, which RULEZ!!!! Bye Bye

Thanks for your post on my new site, it was a good post. If I knew how to get you as an admin, I'd get you as one. How DO you get to get an admin? Cuz I'll get u as one. And I'm not a Call of Duty psycho, and NOT addicted, but mentally insane. Ask my friend, he'll tell you I'm crazy. I'M CRAZY! ( Eye twitch)

What exactly is a siggie? And what is IRC? I'm pretty sure it's a chat. Direct me to it if it is, I love chats.

Hey, Spoofeh! I just checked out IRC, and it's really cool. I'm also trying to get my friends from school to get on here. They're gonna highly contribute to My new wiki, and I'll try to spread the word about it. Bye!

Are you still on IRC? Because I'll help you if your're being annoyed. Nobody messes with ma bro!

It's been a while, hasn't it, Jem? Anyway, I know I'm sounding like a clueless little frick, but how do you make/post siggies?

Hey, Jem! I totally remember you! Where have you been? What the cuss is D.N. Angel? I have many questions, but I have stuff to tell you. I'm still doing Tae Kwon Do, playing only one video game, and listening to Linkin Park right now. Also, I was just previously in Chicago! And do you have an IPod? If you do, get an app called Celtic Heroes. Make your character, make your world Arawn, and look for someone called Falaxor or Killaroo. That's me! Choi!

Help! I have no idea how to make a character or anything on your RPG site! Well, I'm done freaking out. Thanks! Choi!

Hey Spoof! As you know, this is Wetty. I'm really glad to be seeing you back on the wikia. Hope you enjoy all the other new users that have joined :3 Circle me And the needle moves gracefully... 02:25, December 7, 2012 (UTC)

Hey Spoofy! Here is my cat from Shadows of my past!

Preferred Pose: A depressed one please :)

Spoof come onto chat. i am ready to give you their poses.

Retrieved from "https://warriorsfanfic.fandom.com/wiki/User_talk:SpoofDarklion44?oldid=195205"
Community content is available under CC-BY-SA unless otherwise noted.