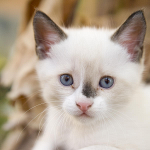 You see, there's a template in there, so whoever looks at it, sees their own username. For example, when I look at my page I see my username.

Don't worry, I've had so many people ask me that XD

Oh I May Be On The Side Of The Angels, But Don't Think For One Moment That I Am One Of Them

Where is the page that your siggie is currently stored on?

Also, you don't have to leave a heading everytime

Hey Snow, how's life? I'm writing a story called The Longest Dog Walk Ever (not a warriors fanfiction, sorry,) and it's about me and you taking my dog for a walk around the UK (Or wherever you want, I don't mind!) We go camping, hunt for food, beg for food, and walk my real-life dog around whatever country or area you've chosen. But soon we appear on the news and everyone's looking for us, and we're on the run, but we're determined to finish the adventure, and take my dog out on the longest dog walk ever! It's going to be published on a writing wiki (I haven't decided which one yet,) and we will write a chapter each.

Tell me what you think about the idea!

So when should I start writing the first chapter? I'm gonna change my fursona for your collab. Started to write WL chapter 15. Might change the title.

Too many questions! xD

Oh okay thanks :D Anyways, I hope maybe you'll enjoy my writing, and I promise to try to finish my chapters ASAP :3

Lucky you Snow! You got a 'Chosen By Prophecy, badge which is really rare! I have always wanted one! You're so lucky!

Where have you been???

Snow! I've missed you so much! (Gives Snow awesomely big hug) I've finished Wolfsong's Loyalty and started on a sequel! Words cannot explain how happy I am! :D Want to go on chat?

I'm dedicating this to you!

Ok, so I've decided to write something about Snowpaw from WL after she decides to join Sparkles in Chapter 14. But instead of living life as an ordinary kittypet, Snowpaw is thrown into a world of which she never imagined. It's going to be called Snowfall (hint: Let the snow fall.  It's similar to a song from a movie. Not a big hint, but it'll get your brain working!). So, I'll start writing it now. See ya round! High Speed 15:49, June 9, 2014 (UTC)

Uhh, here's an extract of Snowfall.

“Over the fence,” Sparkles ordered.

“What do you mean by over?”

“You know. Jump.” Sparkles cleared the ‘fence’ with one swift, strong leap. “Now you try.”

Snowpaw cowered. “I— I can’t.” She started to back away into the Thunderpath, unaware that a monster was hurtling towards her.

It's short, and there's more of it before.

Retrieved from "https://warriorsfanfic.fandom.com/wiki/User_talk:Snowmuffin?oldid=241508"
Community content is available under CC-BY-SA unless otherwise noted.