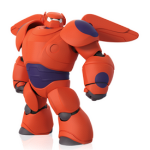 NOTE:I am inactive on this account! Leave your message here instead!

All new messages go below here!

When writing most of my fanfics I type it up on Microsoft Word or TextEdit (depending on the computer; on my iMac I have both) and paste it into the editor. But before clicking the edit button, there is a down arrow. Click that then click on Classic Editor, and paste what you have typed in. I'll send you a scrrenshot to explain it more clearly. And Helvetica is on Microsoft Word. I forgot to mention that XD.

How do you create a Talk Page Archive?

It's your turn to do the collab. I don't know whether Dawny mentioned that.

Augustus Waters, The Fault in our Stars~

I'm on a rollercoaster that only goes up my friend.

can you hear my heart crying for you?

Hey Silver! Its your turn to write Chapter Six, mabye they could all become apprentices? Mess with the cat you get the WHISKERS (talk) 19:36, January 26, 2015 (UTC)

A friendly reminder, Stormver, that you need to do Wolfstorm's chapter from Beyond the Cards. :D

Hi! I'm Peaceheart! Thanks for reading my thing, But, Can I ask: have I seen you on TheTopTens? I think so. You're Stormver101 right? I'm AnonymousChick.

Okay! Are you a friend of Wolftail? She's the only other warrior cat loving, Internet freak, toptenner that I know.

I have a new account on TheTopTens. My Username is Mapleshade. Don't tell ANYONE.

Hey so I'm not gonna get involved with your collab business unless it gets bad, but I wanted to tell you you're doing a good job keeping the tension down, and I suggest that maybe go talk page Dawnwing about this, and make sure she understands the user did like the story but she just didn't really understand it.

I read the comment Dawny put. I think perhaps she just took it the wrong way. Starry was putting down a bit of constructive criticism. (I think!) that was no need for her to delete her chapter though!

I'm gonna try and convince her to stay in the collab! I know her from school too, so I'll try to speak to her. I don't want her to leave!

Thanks for letting me know. We'll try to keep Dawny in!

I have written the paragraph so its your turn now, oh and just to say you could have at least gave me 1 or 2 days to write my paragraph instead of getting all 'talk to Dawny' to Sky. I wasn't actually quitting I was thinking of what to write.Mess with the cat you get the WHISKERS (talk) 17:39, February 3, 2015 (UTC)

I just wanted to talk to you about this Warriorstar7. When I first met her, she had only joined that day. I offered to make her a sig, and did. She commented on a few of my stories and we never spoke since.

The first time I went on her page, she had only done about 5 edits, which I didn't really think about at the time. She was new! But now she's joined last year and hasn't really done any more. And doesn't write fanfics???? All she does is comment on them!

Is it possible she was created by someone else just to comment on their fanfics?

Sure. I'll do a collab with you! It will be my fifth.👧

Just wondered... Are we carrying on with Dawn's Light???

Whatever You say I'll be there

wana do a colab with me? i can start it

cool lets do a colab, can i invite peacey too

hey could you make a character art for me? could it maybe be my username in like a fire or something?

no thanks, I have one already, Im fireball btw

I do need help activating it though!

Look, silver, I don't want you to be on my bad side, how do you activate the signature that you create?

OMG Stormver, yes I do want a new siggy!

I want it to say:

Can it be gradiented and linked to Shadows of the Dark?

The colors for my siggy: Dark purple to light purple.

Oh and text shadow too!

Hey Silver, are we still friends? And are you still doing the collab, I know you can't do it straight away cause Sparrow told me you've got editors block or something like that. So, yep that's all! Dawnwing is the kingerm.. I mean queen

I can't call you on Skype until you accept my contact request. I'm thinking of calling you tonight (as of 17th March), so as soon as you get this message get onto the iPad and onto Skype. Also I think you should tell your parents about me first - then they would know what you are doing and stuff.

Hopefully Saturday. Are you busy all day that day? I have a Taekwon-do lesson, and I'll be back home in the afternoon, UK time. On Sunday I have my first grading. Tell me the times in ATL that you're available so I can convert them into UK times and we can find a suitable time. Also I sent you a pic of my class taken from my teacher's interactive whiteboard thingy. It's like an electronic chalkboard with touchscreen and Internet access. :3 Also there's a vid of my dog and me and my brother walking my dog in the park. :D There was a partial solar eclipse in the UK today. Unfortunately I was in a lesson and the sky was way too cloudy to see anything. BuzzyTASTE THE RAINBOWBee 16:34, March 20, 2015 (UTC)

Hi! (yea, me too) XP IDK I just haven't had the guts to go rewrite my Warriors fanfics .. cause I've gotten a lot better and they're sort of embarrassing now ... I mostly just write my Redwall fanfics .. ;P (You read Redwall fanfictions? just wondered cause I've really gotten better at writing)

Retrieved from "https://warriorsfanfic.fandom.com/wiki/User_talk:Silverstorm123?oldid=272755"
Community content is available under CC-BY-SA unless otherwise noted.