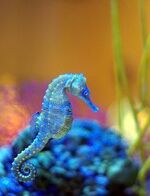 Hello Seabreeze! I just wanted to tell you another thing. You're not supposed to edit other people's pages without permission.

But anyways, welcome to the wiki!

Hai Seabreeze/Mistbreeze! I know you're not really brand new anymore, but I just wanted to say hi! I'm Rainy! Hope we can become friends! :D If you're wrong in the way you're right, you're wrong even if you're right 00:52, September 5, 2013 (UTC)

Hello Seabreeze! I saw that you left a message on Sparrowsong's profile. She's actually been inactive since 2010, and probably isn't ever coming back.

No, only the leader can edit the page (Which I will soon). However, if you are an apprentice, you will be able to become a warrior when you meet the requirements. I don't understand your last question, sorry.

It really depends on time and edits. You probably have been here long enough, but you need to have more edits. (Also don't forget to leave your signature! :3)

For making a colorful sig, that's pretty easy. Or do you want me to make a siggy for you? If you do, then request it on my talk, answering the questions from my Help page. :)

You're welcome. I'm gonna see if one of the admins will fix my talk page, I assume that it's a coding fail.

The only exception to becoming a warrior is if you've been on the wikia over a year, then edits don't matter after that. Wetstream 01:11, December 24, 2013 (UTC)

Sure, I can help you with it ^_^ Just tell me what colors/fonts you want, what you want it to say at the top, and if you want tabs or subpages (or if you just want everything on that one profile). Although, since you don't have much on your profile right now, you might have to do the typing yourself after i code it.

Ok :) You'll have to tell me what you want on your tabs though.

As for the thing on top of Wetty's page, I probably can't duplicate that perfectly, since it's a picture that she uploaded, but I'll try my best to make it like that.

I'll get around to it sometime today :)

Sure! Just tell me what colors/fonts and I will begin!

Ok, I finished doing your profile. You said that you didn't want a background, so I didn't put one, but if you change your mind and want me to that's fine.

Also, the font "Segoe Script" didn't work on my computer, but it probably works on yours.

Tell me if there's anyting else you would like to change :)

PS you can't edit your tabs by just clicking "edit profile", you have to go to each subpage to edit them. Like, if you wanted to edit the "About Me" tab, you would go to the page "User:Seabreeze123/About Me", then edit.

No, sorry. You can't put other people's stories up for adoption without their permission. Also, Crazy Crack Pairings is a completed story, so it can't be adopted out. And your signature looks fine. Wetstream 03:19, December 25, 2013 (UTC)

Nice to meet you too! It would be cool if we were friends :).

p.s. my profile is the pic of a girl x3. I know it looks kind of like a guy so I don't mind. I'm just using that until Stormy finishes my pic *waits in anticipation*.

lol, ok I'll keep the picture but I'm getting kind of bored of this avatar xP!

To be honest, I'm not really sure what is happening with your opinions page. You might want to ask Rainy or Robo, they could probably fix it.

Hi Seabreeze,
I noticed that you edited my signatures page. I'm not sure what you were doing, after comparing the edits, but could you please refrain from editing my user page (as well as everyone else's)? It makes me feel all weird inside, like my space isn't completely mine, you know?
Thanks for understanding!
We were born and raised in a summer haze, bound by the surprise of our glory days ♥ 15:00, February 28, 2014 (UTC)

Heyo Sea! So I'm Firey, and we haven't talked much. I saw how you were trying at gradient siggies, so I thought. "I can help!"

If you want, I can help you make a gradient sig. I don't happen to have one now, but if you check my siggies page, you'll see that I'm pretty good at gradients :) Hope you consider <3

Sure! Just edit the comment you posted. Generally, one has to be a pretty constant editor (not a spammer, though!) and been active on the wiki for a couple of consecutive months to be considered. We generally consider six to eight+ month-users warriors. :) --I WANNA SEE YOU BE BRAVE 21:55, March 28, 2014 (UTC)

I could use those colors, but the problem is they don't blend. If you want a gradient siggie, I could go along those colors and make them blend. Is that what you want? And what do you mean by move? :o FROZENThe cold never bothered me anyway 22:57, March 28, 2014 (UTC)

Hi Sea! I know we haven't met, but I was checking out Firey's conversation with you, and this tells you how I think. If it doesn't, just ask Firey to explain it, since I've only been on this wiki for two months and I don't know how to code, I got that page from a link on my page =P--Shadows Are Dark Mirrors OfYourself 23:14, March 28, 2014 (UTC)

Can you please send me your sig page too? Because the one where Jay gave you it has a lot of other siggies, so I don't know if that's the one. FROZENThe cold never bothered me anyway 23:36, March 28, 2014 (UTC)

Okay :) I'm glad you like it. Next time you want a gradient sig, feel free to ask me! Oh and you're fine with how the Spring doesn't really show because of the colors? FROZENThe cold never bothered me anyway 23:59, March 28, 2014 (UTC)

I'm not sure, but I do think that if you erase everything on that page except my siggie, then you go to the Preferences and type in the Custom Box: { { SUBST:Template:User:Seabreeze123/Sig } } without those spaces. I repeat WITHOUT those spaces. Then check "I want to use wikitext in my signature" and save it, it should work. Try that. FROZENThe cold never bothered me anyway 00:19, March 29, 2014 (UTC)

Hello I'm glad  for the warm welcome and i would be glad to be your friend, From Lightning.

Hi Seabreeze,
I know you mean well but can you please not edit my talk page unless you're leaving me a message? It's really confusing.
Thanks,
~Fork