Back to page
View source
The picture is the top thingy reenacted.. lol

Hi, welcome to Warriors Fanfiction! Thanks for your edit to the User talk:Tawnypeltlover page.

OMG!!! ROSE!!! I MISSED YOU!!! How did your parents allow you to come back!? Kitteh Kitteh Kitty CatMeow

no, it's just that nobody is writting teh little writting activity so I can't continue it yet until thay do :( SunnyIt's your amber-eyed friend xD 20:39, August 30, 2010 (UTC)

Here is Blue Mintstar! I took a while to figure out how to do the peppermint on her forhead, but i figured it out and it looks really good to me! I didn't know what color to do the eyes, but i thought that the lime green would look good! Also, I decided to make her fluffy, if thats ok. AquaI am Mint tea. 17:37, August 31, 2010 (UTC)

The flowers are preety! thank you!

It's not working!! Wha!! AquaI am Mint tea

Hey Rosiekins. If you want the story deleted, you can just delete the content you know. Go to edit page, then select it all and hit delete. Simple as that. Then the page is cleared and the talk page might be as well, I'm not sure. AuriBear(talk) 22:47, September 6, 2010 (UTC)

Oh, sorry about that. I was kinda busy for the last couple of weeks, didn't get to Warriorsfanfic at all xP But here's Snowhead and her assailant :0 Sunset 17:23, September 10, 2010 (UTC) 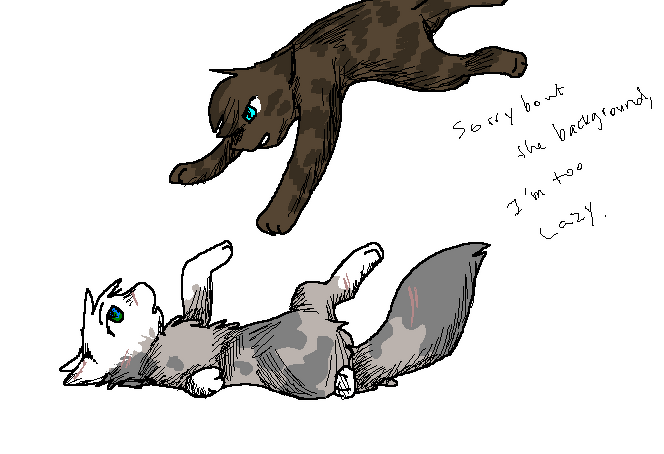 I don't know how to thank you for being so supportive and uplifting. You really helped me a lot. Let me know if you want something from me, i'll do anything! Here's a gift, though it's not nearly enough. :) It's me and you! AquaI am Mint tea. 21:23, September 11, 2010 (UTC) 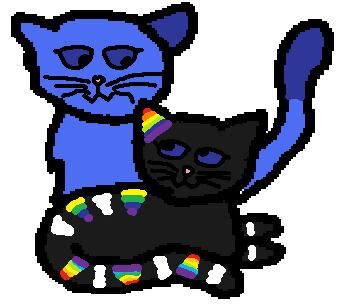 I super love those blanks! Would it be ok if i might use them? Or should I stick with the ones i've got now? I'm asking you because I want to know if you'd be ok with having me use the same blanks as you. AquaI am Mint tea. 18:42, September 12, 2010 (UTC)

I know, awesome huh? I found it and, surprisingly, It looked exactly like my character! :D ޓSun spiritޓSanta Paws is coming to town!

Lol, it's a long story that I'm to lazy to tell... Can I have a cookie? :D ޓSun spiritޓSanta Paws is coming to town!

Voice of Truth: Tell Me a Different Story

To be honest, I'm not quite sure why it wasn't deleted in the first place. So... I deleted it. It caused a huge fight that I am not willing to go through again. Awesome. Thanks. Raidsin the forest 19:22, September 22, 2010 (UTC)

Hello, I'm Elorisa (But you Can call me Ellie, Colbalt, or Cobaltpaw), and I would like it if you could read my story, Justice For All. If you could that would be great, and maybe you could post some feedback to make it better? Cobaltpaw ღ 22:08, September 25, 2010 (UTC) 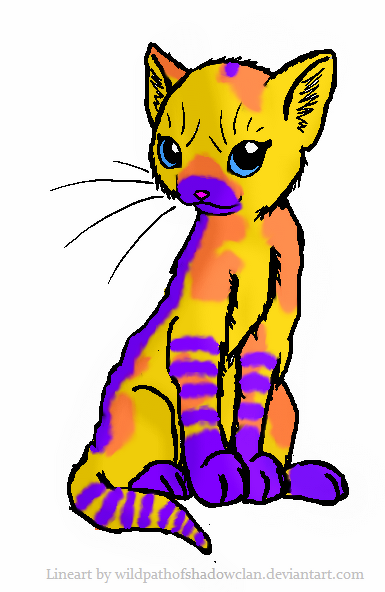 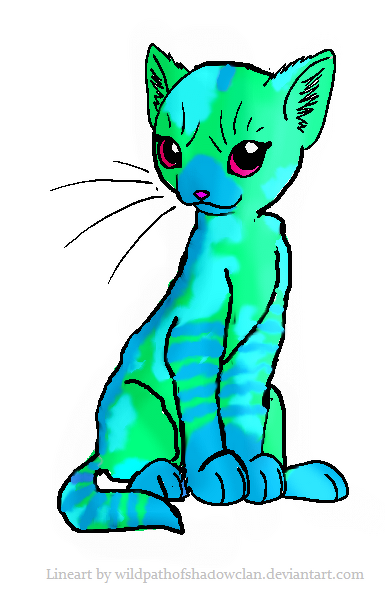 No there is no form to fill out because I'm too lazy to make one! ( :

All you need to do is tell me the gender, name,description, and about the character. EXAMPLE:

black with a white spot on each eye and ginger legs

Sugarplum is a happy cat who loves he devoted mate, Bushybrow. She likes to make jokes but will become serious if she has to. She has 2 kits, Mistyeyes and Squirrelflame.

YOU HAVE JUST WON SECOND PLACE! What does Emptyecho look like? I want to draw a picture of her and Masktail together.

Hey, Rosie, do you have all the Warriors books from Bluestar's Prophecy to Sunrise? Can you get the ones you are missing from a library in the next couple of days? If so, please please PLEASE join the Warriors Reading Marathon!!!! It's lots of fun!! And get other users to join. As many as you can!!! ASH!! She must return, or I will threaten you with rhinos! 22:58, November 5, 2010 (UTC)

I'm warning you that soon a really annoying user named Kitsufox is going to be coming here and will start complaning to the admins that they need to delete charats from their website that you made! They will delete your work and I'm pretty sure you don't want that to happen. If Kitsufox comes tell the admins to stand up to her and tell her no! DustpeltA Wikia Contributor

Please pretty please help me with this website i made! It's really great!

Happy Easter! I had a great Easter; hope you did too!! :D