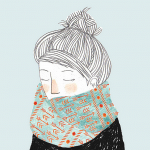 If you have anything urgent to say, please PM me on IRC - I'm always on, either under 'Red_,' 'Red__,' or 'Red|Away.' I'm much more likely to get your PMs than I am your talk page messages! Thanks. :)

Leave All Messages Below!

That's alright! Speaking of archives, how do archives on talk pages actually happen? Is it automatic or do you do it yourself?

To Leap Into Fire

Misty is a rogue, of sorts, in a world where 'nature'(more like destruction) rages. The 'elements' kill everyone, literally, every cat. Unless... each element screens you, cruelly, to choose you. One will pick you. If you pass their ultimate test, you are put into a clan. It is unknown if anyone has actually survived this. There is no proof. One day, they come for Misty. (There is much more, btw, that is only Season(s) 1, maybe 2, tell me if you need the huge spoilers for what Misty does, and the other main character that shows up much later.)

Okay, so when will I be making a new archive? Like, how many headlines will you need in order to create an archive?

Hi! Sorry for forgetting the signature. I'll remember now that I made a real one, with links. I made it myself! :P

Hehe. Fixed it now, oops. Apparently I left my test on the signature screen. :P

I miss you terribly omfg

there's no point to it

dude I read Allegiant and I hate you for not warning me about it, ok, I was crying for half an hour /after/ I finished the book. so it was like 45 minutes to an hour total. I was sobbing. Over a book. I literally got tears all over the pages. I was like screaming into the pillow "BUT THEY WERE GOING TO HAVE A LIFE TOGETHER" and things of that nature and my heart was freaking shattered like omfg

(just to let you know i'm not entirely sure why I'm even doing this, I was bored and strolling through my computer and found the WFW bookmark so I was like ohey let's go stalk and then I saw a contribution by you so I was like ok why not)

remember my frustration over my legacy

When you asked if I was jewish that reminded me of a few weeks ago when I was skyping with my friend Shaun who's Canadian and my mom is like who are you talking to so I told her and she asked where he lived and I told her and she's like "....is there Christmas in Canada?"

I was literally rolling around on my floor laughing omfg

christmas was ok I guess

So recently I had an idea (www.warriorsfanfic.wikia.com/wiki/User_blog:Roboflight/swag_lol) which was having almost a nanowrimo for Warriors Fanfiction during the month of February; where they would aim to write a 10,000 word fanfiction within a month. The users who signed up for this would be assigned into “camps”. To each camp I was hoping to assign someone to give “pep talks” or advice/support/suggestions on their stories to motivate and help them!

I would love it if you would be willing to give this advice/support. I completely understand if you don’t want to but it would be amazing if you could!

Excuse me, i know you sent me a message, but it was all jumbled up with another message, and i couldn't see quite what you said. If I had todie as an apprentice...I'd go down fighting...LIKE A WARRIOR! 02:17, January 8, 2014 (UTC)

Hi Red! Thanks for your greeting and advice! And yes,I took a careful look at the rules and I'll do my best not to break them! Thanks for your offer to help on my siggy,even though I got it covered. But thanks for everything else!--Shadows Are Dark Mirrors OfYourself 07:29, January 10, 2014 (UTC)

Hey Red, there should be the 'Fanfictions' Category or 'Series' or something, right? So, can I add that to pages I find while random paging? I already did some, so just making sure that that is allowed/actually helpful. Thanks!

Ok the medicine cat's path was a previous mistake, i have not added that recently, and if those aren't categories i don't know what is, because people had done them before, i added only what other people had done, they were on the list and so i added them. Romance actually is a category

I will most certainly listen to your explanation understading your side of the story, but this may not change my decision~ If I had todie as an apprentice...I'd go down fighting...LIKE A WARRIOR! 23:52, January 11, 2014 (UTC)

Oh, im sorry, i did not realize what i just said... You don't have to answer my stupid question...

I've just been,... Misunderstood lately, and sometimes my goals can get in the way of my judgement, i completely understand that this is probably only your job as admin...

Umm,Red,quick question. When I editing a fanfic I made called Tallstar's Revenge Spoof,I got a note flagging me for vandalism and wouldn't let me publish my edit. But when I edited the next day,it let me publish my edit. I'm confused and would like you to tell me why it flagged me for vandalism for no apperent reason. Thanks!--Shadows Are Dark Mirrors OfYourself 07:36, January 12, 2014 (UTC)

BAHAHAHAHHAHAHAHHAHAHHAHA. That would have made my day if it hadn't been, like, 10 PM and getting green paint all over me when I painted the fence made my day. But it was a close second. :D :D :D AGENTS OF SHIELD I'm sinking Skyeward... 11:04, January 14, 2014 (UTC)

Okay so I was helping Hawk make a sig, and here's the page Template:Hawkbreath/Sig. But one part of it won't stop being italisized, and I wanted to make sure what the siggie says was apprpriate (like non-triggering) anyways, can you fix that for me?

(sorry for the messed up, really complicated ish source XD I was doing gradients)

Okay thanks :) She wanted to have something else, but I wasn't sure if you would want that, so I asked her if she wanted this sentence. Thanks for fixing it :D I couldn't find the problem, and now it's much better :) <3

Thanks again :) Do you mind telling me how you fixed it? I'm curious because it may happen again to me and I want to know how you did it :3

I thought I only added three on both sides for bold, but for some weird reason, I couldn't see what you did :3 oh well, thanks again!

Thanks :D btw, I love you're siggie :) (Frozen siggie for meeee)

LOLAW. how sweet .he's a little old for you though.

I miss those guys omfg

I should play one of these days

You probably noticed that I accidentily left a message on the talk page of a user who isn't on this wiki (I didn't realize that they hadn't joined; Shine told me that they were on IRC). Anyway, do you suggest I remove the message from the wall?

Okay, thanks for clearing that up for me :D.

You have been located in 'CAMP A'. Your pep talker is Arti and the members of your camp are Jay, Holly, Red and Stareh!

Hola, Red! Would you mind deleting this fanfic and all its pages sometime, please? I don't think I'm ever going to get to it, I'm really sorry for the trouble. Thank youu! <3 My thoughts are stars I cannot fathom into constellations 15:19, January 27, 2014 (UTC)

You are officially the bestest(thanks! :D) My thoughts are stars I cannot fathom into constellations 16:55, January 27, 2014 (UTC)

Hai Red~ Can you delete my Warrior Games (The Warrior Games), Silent Raven, my Longtail songfic, Let's See How Far We've Come (Songfic), and Shadow (Series) (just the series page; I've decided for it not to be a series :P)? Sorry for so many requests. I'm trying to clean out my story thingy. Thanks~!

Retrieved from "https://warriorsfanfic.fandom.com/wiki/User_talk:RedPandaPotter?oldid=231157"
Community content is available under CC-BY-SA unless otherwise noted.