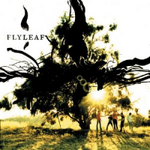 Could you vote for me for my User rights, yes or no. It just helps :) FrostA White Pool In the Black Lands?

Renewed and Refreshed? Wow, I almost forgot about that. x3

I might start it soon... even if I just started a bunch of other projects. xP

Did you see my new story?

Raven! If yo don't rp on MistClan your cat will be deleted! FrostA White Pool In the Black Lands?

P.S. The tom that showed up near the end of Secret II, before it was deleted? He's Mudheart's brother. Remember the one who was carried off by the bird? Well, he survived. And he found ThunderClan.

Also...Tigerheart mysteriously disappears one day and is assumed dead. A little while later, Goldenbird realizes that she's pregnant. Three guesses who the dad is. Several moons later, he comes back and meets his kits:

Hi Raven! I want to say thank you for fixing the error RainClan's Beginning's title. I've been trying to figure out how to do that for ever sience I figured out the error! (About 2 days ago, but...) You're a life saver. Thanks! --Sparrowfeather 05:10, May 8, 2010 (UTC)

Hey, I actually got to see your page for once! I'm Tawnypeltlover, writer of The Rise of Redpaw. Thanks for commenting on my dissconsion page for my story. Since I have been on for a while, and there is more in the story now. So if you want to check it out, please do so. Please comment on the disscosion when you read the new part of the story. Thnaks! Tawnypeltlover/GingerstarWelcome to DarkClan

I hope you don't mind me asking, but the letter/number colored thingy, does that mean that each letter and number you see on the screen is a certain color, not just black? That sounds just plain awesome. ^_^. (Oakstar to lazy to sign in).

Okay, where have you been for, like, three months? Its lonely on WWiki Proboards when ur not there :( Sunnyfrost

If you come back, I'll give you a virtual cookie. Chocolate chip WITH SPRINKLES! GASP, that's a yummy cookie! Or, I'll give you another cookie, one with ANYTHING you like! Even edible gold (... they seriously make that...... people are normal) Anyway, PLEASE COME BACK!--LeopardkitSunClan Forever! 22:42, August 11, 2010 (UTC)

Apparently the link above doesn't exist. Never mind! This one does! The reappearance and the purple smoke has happened, now go here! Raven, you win at life. ;-) Yayness and Bananas! Beyond the Night Teyla Emmagan 03:09, March 15, 2011 (UTC)

RAVEN! You edited, and I swore you were dead! I mean..Inactive....xD Wetty Wet WetYeah

You did leave when Sparrow drama started to rise up, but you and Shi left near the same time. Shistar probably comes on, I dunno every two months or so. Hiddensun, Sunny, doesn't come on much anymore either, really busy people I guess...There's also many news users, I was looking through the Clans page (Do you know about that?) and I saw bunches of old users who never come on. It's like we have 200 of them.... Wetty Wet WetYeah

Yeah, there was also a blog talking about inactive users. The top two were you and Shi, it was sad cause I remembered you still editing. And now on Youtube there's this person saying she'll quit is someone else does...She's going to through everything away I guess. Wetty Wet WetYeah

It's fine. Arti, Forest and I are like a three-some. We all have like a lot of edits and we're really active, we've helped this wikia alot, and even if you did leave we still went on, but now you're back, so it's epic now right? Wetty Wet WetYeah

If Shi comes back we can be the...Erm...Five...Five people xD Wetty Wet WetYeah

Oi!!!! What about me?? Shee, Wetty. *shakes head* Meanie. Anyway, Raven, what'd you edit in Angel Sanctuary just now? Just curious. Thanks if you were fixing a spelling mistake or whatever. But yeah. My Willow Tree Lilypad Forever 01:18, March 27, 2011 (UTC)

Haha, the talk pages vanished because I thought the comments would improve feedback and such. Talk pages still exist, you just need to type them in the search bar. xD FP13 I write between the lines. 16:26, April 8, 2011 (UTC)

I'm kinda reliving the past, you came on for like a month and we believed you WERE BACK. Then you vanish once more xD

Reminds me of the time with Shi, Raven, Foresty and Arti, before all of us had any sort of rights.

Retrieved from "https://warriorsfanfic.fandom.com/wiki/User_talk:Ravenflight92?oldid=116393"
Community content is available under CC-BY-SA unless otherwise noted.