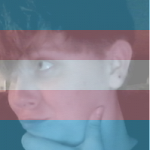 aka Pine or Jay

Welcome to my talk page :3

This is a judge free zone! No matter what your race, gender or sexuality is, you're always welcome here and no one can tell you otherwise! You are amazing, don't forget that! :3

First of all, whatever the plot originally was, could it be about a cat(you choose) finds this kittypet Dew, and everybody in the Clan rejects Dew. That may just be the first few chapters or something.

Also, beware that there is something wrong with my sig and whatever is written after it is changed to a humungous size.

I left a message SO LONG AGO saying the sig causes a big mix up on font size I tried to fix everything after I realized what it had done I may have mixed it up worse but at least it's not at font size 6. Sorry :P

Anyway remember the collab it's been so long! Did you start it yet?

Which title did we decide on?

What is the plot we decided on?

I'm SO confused if you answer those questions it'll be a BIGGGG help. Thx!

AFTER LEAVING THE MESSAGE AND COMING BACK TO THE EDITOR...

And oops maybe it does have the font size mix up on hold on...

Oh I think that worked lemme publish it again...

Okay, I'm doing my best not to get too frustrated here...

I checked the last time you edited on this wiki, which was May 2017. But I sent you a question on your talk on SEPTEMBER 21, 2016, NOVEMBER 2016, AND JUNE 2017. I thought you were just inactive for a while, but why go on this wiki and ignore my questions??(You even responded to Snivy!)

Okay. Sorry about that ac, though. I have NEVER gone through a summer(not even a small bit of it) without one.

Anywho, you said "You'll keep the title". But that leads to the questions...

What is the title?

What is the plot?

I tried to ask these things but I guess you didn't see them.

Also, Firey fixed my sig, so I can use it now(THX, FIREY).

Want to be in my Fanfic?

You have been chosen to be part of a fanfic I will write!

If you want to have your character in my will-be-written fanfic(I will write it once I have enough people), please fill out the form below.

FORM 1. What is your character's name?

2. What is your character's appearance?

3. What Clan is your character in(ThunderClan, ShadowClan, WindClan, RiverClan, SkyClan)?

I will send you the link after it is started.

Vani(Pumpkin's unblocked account)pointed out that you guys need a personality.

I kinda feel like when Elijah did something like this, he didn't ask for a personality either.

But, if you don't want me to chose the personality for you, just leave a message on my talk saying what Nightrunner's personality is.

Okay, but she didn't sound evil in my opinion. Thanks for the personality anyway!

Also, are you sure your sig isn't supposed to have any links? Cause to get to your talk page the last few times to respond I had to scroll up to the top of my talk page. In the rules, I think it says something about sigs having links...

I have started the fanfic!

Link: Threats of the Future: A Fanfic with Users in it!

Glad to have you back!

Do you want to continue on the collab or no?

Um, how about Regret, in which a character we've already added in decides something and follows that decision, but later regrets it.

What do you think?

Okay. Didn't we already add the characters like Haystar Stareyes Dew Brackenpelt and those peeps? Scroll up on your talk to see it.

Okay! So once you're done with chapter one I start chapter two right?

EDIT: I just realized the title Regret has been taken. Maybe we should rename it to The Regret?

Also, I think we should make RedClan the main clan, and the other clans as background characters.

I have a question, who's writing Chapter One?

Hi I just saw you edit your user page WHICH MUST MEAN YOU ARE ON!

So...You wanna do our collab stuff?

rip sorry about the disphoria

can you explain the problem in a bit more detail? as in the code messes up and the page turns out weird or as in you just don't know how to make an archive of your talk?

“the heart is an arrow. it demands aim to land true.” --inej ghafa

I saw your question on Firey's talk page!

(lol I had this problem when I made an archive)

So what you want to do is click Edit and go into source mode. Then, copy all of the stuff. Then make a new page called User talk:Pinefur/Archive 1 then go into source mode and paste all that stuff there. Then delete everything on your talk page(not the archive, the talk page)except the coding for the box and stuff if you want to keep that. If you want you can leave the link to that archive on your talk page.

Also, the regret for the story you can make it up :)

Good part on The Regret so far!

So, what should I do for the next chapter? Anything specific you want me to add or...?

(PS what is the regret)

Nice sig, tho I saw the edit on the wiki activity before you left a message on my page lol

Hey, do you mind if I change the occupation on my user page to something that mentions you?

It's nothing bad, I promise. It's gonna be something like "Saying lol on Pinefur's talk page" or something

cause that seems to be my occupation right now

So should I write it or you write it?

I have a question about The Regret. Sorry I haven't been writing yet, school's been really busy for me.

Do you think I should let the others know about Stormheart's regret thingy?

"I accidentally did it on purpose." - Hollywhisker 13:19, December 2, 2017 (UTC)
Retrieved from "https://warriorsfanfic.fandom.com/wiki/User_talk:Pinefur?oldid=341706"
Community content is available under CC-BY-SA unless otherwise noted.