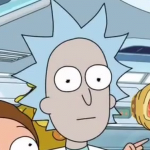 Can you actually add that in yourself? You have to edit the comment of your cat on my blog and I can't edit your comment. --

is is wrong i've known you for two years and just figured out your gender?

a) your picture = yes

b) browsing the comments section of Angel Beats songs on YouTube (and this is from a number of different users): The feels on the bus go round and round. :') The tear wipers go swish swish swish The horn on the bus goes weep weep weep All through the anime xD

c) y'know that saying "April showers bring May flowers"? in Colorado, it's more like "April snowstorms bring May showers". it's been raining/hailing nonstop lately.

Vee, I'm both your friend and an admin on here! Don't apologize for coming to me. Ever. And thank you so much for telling me about the user! I've given them a warning and a short ban; hopefully, if they come back, they won't be so rude. it's just the beginning this isn't the end 04:29, May 9, 2015 (UTC)

So I just figured out that I was spending more of my time on Google+, and I was wondering if you did have one?

Thank you Phoenix Flight for enter Fallenrose’s art contest! The judging will take place on July 1. If you have any questions, comments, or concerns please feel free to contact me on my talk page. Good luck and may Starclan light your path. —We are living in a dream...but life ain't what it seems, cause everything's a mess 16:09, June 16, 2015 (UTC)

Congratulations Phoenix Flight for winning 2nd place in the Fallenrose art contest! Your prize consists of a bust (chest up) drawn by me. Please leave me a picture of which character you would like me to draw. The type of animal could be anything you want. Thank you for entering my art contest and I hope you had a great time. --We are living in a dream...but life ain't what it seems, cause everything's a mess 22:10, July 10, 2015 (UTC)

Will do, sorry :D

Again? xD It's like my turn for everything lol I'll see when I'll do it

For our collab, with Pacific and Atlantic, you'll have the second, sixth, tenth, fourteenth, and eighteenth chapters. For the first of those, here's your plot. It will be Pacific, or in the Clans, Pinenose, as the deputy of NightClan, starting to notice something seems off, and then tells Swiftfoot(North, who has already told him he thinks something is off) about it. Pacific goes out investigating, and after running straight for miles, he finds the wood abruptly stops, and leads to a glass wall. He runs back to camp and tells Swift, who, in turn, tells Wolfheart and Darkpelt (Nadir and Dusk) who have also said they've noticed something. It then switches to Atlantic, who's deputy, Sageheart, has already noticed something is wrong. I'll give you more, but I have to go and I won't be able to edit for a while.

For chat, if you can do Sunday night, that would be great!

But we should get to know each other better

What font did you use for the picture in Fire, Fire?

yes i do lmao

i'm going with it

❤ jealousy, turning saints into the sea ❤

Okay, so for the collab, I'm just gonna make one major plot, but everyone can kinda make up their own plot twists and stuff. is that okay?

And also, I'm giving you the privilege of making all the allegiances for SkyClan. Just make sure that there is a warrior named Gorsefang in there, okay?

Is Shadepaw/Ripplepaw the same cat in seeing red? like I've seen the names swapped a few times for the same cat and on your polls its on the same poll

ohhh okay i wasnt sure. sorry if i seemed really ignorant :c

One Sentence Plot: (Insert Name Here) makes a terrible mistake... and (insert name here) is the one blamed.

"Shut up, you're not dying."
"How can you be so sure?"
"Do you see me begging for forgiveness or spouting I love yous?"

EASTER EGG XMAS HUNT STARTER! AND NO, YOU SHOULDN'T BE CONCERNED AS I AM ALREADY ESTABLISHED AS A STALKER. HAHA.

We'll be starting Sense soon, so here is the order:

I'll try to get everything up soon, so we can start :)

My brother wanted me to message you because he's like, obsessed with Undertale xD

I was just looking through the Recent Wiki Activity and I saw that you edited your userpage so I went on it cause I was bored and so I saw that you like Undertale.

my brother is like, freaking out right now. He says that he's so happy that finally there's someone on wikia who likes Undertale xD

the rest of the world was black and white

I know you've been inactive and stuff, so I was thinking of starting Sense without you...?

Because you haven't been active, and honestly, I just want to get it done,and I don't want to pressure you with it.

If it's alright with you, I'll honestly just remove your character from the plot, if that's okay.

(please reply to this message after you see it.)

i can see the stars again, my lady

And I'm glad to hear you might be around more! We've missed you <3

Retrieved from "https://warriorsfanfic.fandom.com/wiki/User_talk:Phoenix_Flight?oldid=301604"
Community content is available under CC-BY-SA unless otherwise noted.