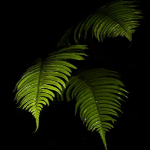 It's ok, crisis over, you fixed it!!!!!! And am I Zafskimo now? Heh heh, I love my charming and funny personality. :-P I am the most modest person you'll ever meet, Ferny, so get used to it. :D Oh, and Kiera Knightly does rock. But I like a bunch of other actresses better. She comes, like, tenth, or something. :D ASH!! She must return, or I will threaten you with rhinos! 02:22, December 27, 2010 (UTC)

Hey, Ferny, you joined OMGAS!!!!!! Haha, epicccccc!!!!!! I feel so specialised. Oh, and thank you SOOOOOOOOOO much for my surprise picture of Sandflash!!!! I was shocked and amazed and surprised and I loved it and added it to my user page straight away!!!!!!!! It was incredibly epic. I keep meaning to write more on that story, cos I was enjoying it, but I'm getting caught up with RL, and my real stories (two classic fantasy, one gothic fantasy, lots of fun) and RoE2, so it kinda *poofed*. Haha, we are epicalised!!!!! I'm having a good day for new words. This is my 'Woot, today is fun' expression. Shame you can't actually see it... so go watch Stargate! Laters! ASH!! She must return, or I will threaten you with rhinos! 22:41, December 27, 2010 (UTC)

Hey, Ferny!!! Naw, you are epic, stop trying to be modest, or I will punish you (forcibly...) Anyhoo, I can never seem to get on IRC!!!!! I have little technical skills, because one morning when I had no breakfast I ate all my talent with computers...

Plus, I'm never on at the same time as anyone else. That's because America is almost a whole day behind Australia. (I'm assuming you're American or Canadian... a lot of people are...) Buuuuut, if we do end up on at the same time then you can explain hot to get to the IRC!!!!!! ASH!! She must return, or I will threaten you with rhinos! 09:12, December 28, 2010 (UTC)

Ferny!!! AAGH!!!! I love you!!!!! Aw, Thunderbolt's so cutesy with his wittle paws over his wittle nose. :D I loves it!!! No way are you making too many :D You is extremely epic!!! And I got on IRC!!!! Right now I am talking to Birchy, because sadly no one else is here to witness my first IRC moment. Never mindo!!!! Anyhoo, see you later, and thank you so so so so soooooo much for the piccies!!!!! No one else ever bothered to look at my Characters page before... heh heh. ASH!! She must return, or I will threaten you with rhinos! 21:30, December 28, 2010 (UTC)

Um, it's a long and complicated story. :D Basically, a user called Vi (Violetofen4) and I were having a lot of arguments. Like, constant ones. Anyway, it got to the point where I got fed up. We were having an argument on the WFW IRC channel, and I decided I wanted to be mature, and not fight anymore, so I left the channel. I went to my own personal IRC channel for my wiki, so that I could still talk to the other people who were on. Vi followed me, refused to leave my channel alone, and I ended up having to kick her multiple times after she just kept joining and refused to leave. After a while of this, Vi started hurling threats about how she was going to get me a global ban, and how she would get me banned from WFW wiki. When I went on later in the afternoon, I found out that Vi had complained to Forest and Arti, and had exaggerrated the story tremendously in order to get me banned. Forest, who was feeling a little stressed at the time, spontaneously banned me for nine months, and applied for a wikia-wide ban. Thankfully, the wikia-wide ban was turned down, and when Forest had had time to calm down and had heard my side of the story, she also reduced my ban on the wiki. Then, when Forest left, Arti unbanned me completely, so I am now unbanned, and Vi is banned, because she constantly fights with everybody. She says it's not entirely her fault, because she has autism, but... yeah. Anyway, that's basically the story of the drama! mae pob Brenin cenllysg Zaffie! 22:07, January 28, 2012 (UTC)

Yeah, and I could say I have a malformation in my brain which means a chunk of it 2.7cm long is falling out of my skull and pressing on nerves at the base of my neck, causing intense agonising headaches everytime I do something which forces pressure to my skull, including coughing, laughing, and holding my breath! KIDDING! Or am I.... (no, I am not kidding. I got diagnosed with this after my MRI last week. Now there's a whole bunch of stuff I will never be able to do and I have to have a hole drilled in my skull. Why is it always me?) mae pob Brenin cenllysg Zaffie! 07:05, January 29, 2012 (UTC)

Retrieved from "https://warriorsfanfic.fandom.com/wiki/User_talk:Nightfern?oldid=120118"
Community content is available under CC-BY-SA unless otherwise noted.