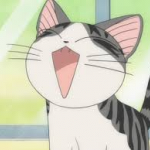 973 Edits since joining this wiki
July 6, 2013
(Difference between revisions) | User:Mydnyght Red and Eevee

Thanks for signing up for my collab, and I have decided that you will be a part of it! :) As this story does not yet have a plot, it will need to be disscussed and agreed on by everyone who is a part of the collab. I have decided that discussion will be happening here, so please join in! This is going to be so much fun, and I'm looking forward to hearing your ideas! :) Cinderstar "Never doubt you know the right path to take." -Mosskit 23:31, October 23, 2013 (UTC)

Hey Vee, just wondering, but can you read Fate for me? And comment please! If you already read that, do you mind reading Life or Destiny for me? Thanks :D <3

To Fire the World will Fall 03:34, October 25, 2013 (UTC)
Retrieved from "https://warriorsfanfic.fandom.com/wiki/User_talk:Mydnyght_Red_and_Eevee?oldid=212078"
Community content is available under CC-BY-SA unless otherwise noted.