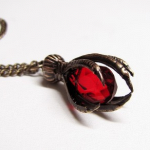 aka Your perfect enemy

Hey, it's me, Nighty! I just wanted to say that you are a good writer and to take that you aren't very good off of youre profile page immediately!! *waggles finger* I especially love the story about Blade and Shade/Shadekit :3 It's EPIC!!!! :D NightshimmerXD 01:22, July 5, 2012 (UTC)

I just wanted to let ya know that I do take drawing requests. If you want me to draw your character, then I will! Jest check out my Blog called Requestitos for more examples. :) NightshimmerHalf-Clan; Whole Destiny 20:45, July 5, 2012 (UTC)

Okay! I'll get to it when I can get on my home computer, but it might have to be drawn tommorow. (Sorry, but I just wanna warn ya,) Thanks! I shan't let you down! *raises teacup*

Hi! I'm Birchy! You seem really interested in warriors... Do you have a roleplay website? I enjoy roleplaying more, it's like writing a Warriors story, but with two or more people! ^.^ Birchy I am Arti's pet turtle Greg And I do the Macarena 18:06, July 6, 2012 (UTC)

Um, hey. I just wanted to stop by and say - it's probably not a good idea to put pictures uploaded by other people on your userpage. I think you should take down all of them which you didn't upload/were drawn for you. This is a strong suggestion. :D Thanks! I'm storming off...it doesn't really work if you come with me. 07:44, July 7, 2012 (UTC)

You need to give credit to the artists of your pictures, and if other people UPLOADED the pictures, you can't use them without permission. I can tell that you probably didn't draw those pictures, do to the style of each of them. So you can use that excuse on me again. I'm not your brother! I never was! 17:12, July 7, 2012 (UTC)

Since you haven't responded, I'm going to answer my question for you. Sock-puppeting is when a user creates more then one account. This can either be while the user is active, or while they're banned. Going along with the banned sock-puppeter, are you aware that you have the same birthday as one of our users Starkit-Shinninstar who was banned a short while back? You also have the same writing style, most of the same pictures, and quite frankly, we have enough proof that proves that you are Starkit sock-puppeting. Unless you can give me solid proof that you're innocent, I'm going to have to ban you. ----You've Got to Leave the GroundTo Learn to Fly... 02:27, July 10, 2012 (UTC)

You changed your birthday a few days ago. And we have enough evidence that proves you and Starkit are one in the same, so unless you can come up with something that PROVES (not an excuse like 'we're just friends') you're not the same person, I'm banning you. ----You've Got to Leave the GroundTo Learn to Fly... 03:34, July 10, 2012 (UTC)

You changed the birthday. And Starkit used the 'oh, well it was my friend...' excuse a lot too. I tried to cut you some slack when banning you before- what you did was illegal but I knew you were young and I wanted to give you a second chance. But you weren't even mature enough to wait to come back. --You've Got to Leave the GroundTo Learn to Fly... 04:02, July 10, 2012 (UTC)

Not to sound assertive here, but I understand you don't really like the Tinyblossom picture. That's all right. But I worked very hard on it. I took me around an hour. It would mean alot to me if you would put it back up on your userpage. Seriously. Du Shur'tugal (talk) 23:11, August 6, 2012 (UTC)

Retrieved from "https://warriorsfanfic.fandom.com/wiki/User_talk:Multistar?oldid=134431"
Community content is available under CC-BY-SA unless otherwise noted.