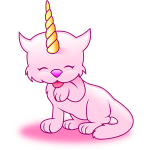 YAY ANOTHER NEW USER HELLO THERE IM YOUR MEME BIBLE

Ello I'm Pinefur, you can call me Pine, Jay, anything. Its great to meet you! (Yes I go around the Wiki looking for new users to talk to LOL)

But if you ever want to make a collab feel free to message me!

In the efforts of not adding on to that particularly long chain of comments on a friend's fanfic, I would like to say that perhaps the rules were a bit unclear on how we defined "Warriors." Like many users have told you, the fics that don't have the Clan aspect of the books are just incorporating the rogues, loners, or kittypets into their stories. Not all of us particularly like to center our stories around Clans, as it can get repetitive and we, as writers, like to exercise our creativity.

So sorry if you misread the rules and I hope this clears things up if the comments hadn't already! They weren't trying to talk you down, but rather explain what the rules really meant. :)

I really don't think you are listening to me. I'm actually one of the four members of the staff team on here and we have made exceptions to that rule and have actually said that yes writing about non-Clan cats can still fall under the "Warriors" category. I realize that it doesn't seem so obvious to you, but I'm trying to explain it in terms you understand.

So no, I am saying that she didn't violate the rules.

i'm honestly pretty ticked off about this argument. you're arguing with several users who have told you several times that i didn't break the rules. i've had king up for months now, and you've rudely responded to multiple users trying to prove a point that isn't even true.

so stop being a know-it-all and actually listen to us. i don't generally like to be mean but you've managed to piss me off enough to do so.

I've been monitoring this entire conversation and I don't see where she cussed at you? And to be honest, this was all just a huge misunderstanding and there's really no point in letting this drag on. I've cleared up the rules to avoid future confusions and I think this is a good point to just drop the subject. I'm sorry the rules weren't clear earlier.

The rules say "warriors only", which means that as long as its cats and "warriors related", as in "relating to the warriors series", it is fine. "Warriors" in the rules mean the series, not the Clans themselves.

PS I'm Hollywhisker btw, but you can just call me Holly.

if i'm getting the word right, that's not a cuss word. and look, i know you wanted to make your point because you saw what you did on the rules page but i'm asking that we all just drop the matter now.

No, I am not here to talk about the problem.

To ask you if you want a coded sig!

If you want to, just tell me on my talk page and I will give you a form to fill out.

If you DON'T want to, just tell me, no hard feelings!

I don't see why this needs to be brought up anymore? The issue has passed. In my honest opinion, I don't see pissed as a cuss word, but you're entitled to your own opinion. But the matter has been dropped and we don't need to create more drama than necessary.

Retrieved from "https://warriorsfanfic.fandom.com/wiki/User_talk:Fireblazeheart?oldid=341359"
Community content is available under CC-BY-SA unless otherwise noted.