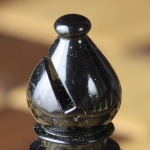 Hey I know you!

Hello Delta, great to see you joined this wiki! I wanted to say hi and BTW your story has a pretty good prologue ;)

My name is IcewrathXFeatherswirlXCraneheart, but for short you can call me anything that pops into your head (just ask other people what the call me). Anyway, I have a few good stories you should check out. Glad you joined the wiki, and don't hesitate to ask me any questions.

Please refrain from insulting admins (and anyone) on chat. As a leader of your own wiki, you must understand how hard it is to make everyone happy. This will be your final warning and if you insult Forestpaw or anyone else again on Chat or off I will be banning you. Thank you. ----You've Got to Leave the GroundTo Learn to Fly...

<span (UTC)Your 'opinions' were hurtful and unnecessary. Forest did not take it the wrong way, in fact, she took it better then anyone should have to. If you said anything like that to me I'd probably be more prone to ban you for a week then take absolutely nothing. Whatever you say, I am not changing my stance. This is your final warning. Next time you say something that hurtful will not end well. ----You've Got to Leave the GroundTo Learn to Fly...

<span (UTC)There is no such thing as interpreting something incorrectly. What you said was rude, period. Maybe you didn't intend for it to come off that way, but that's how it is. So I'm telling you now to stop. ----You've Got to Leave the GroundTo Learn to Fly...

You have freedom of speech, but as the head of this wiki, I am telling you that Forest did not misinterpret you and what you said was wrong. And if you don't want trouble, then stop arguing and go on writing. ----You've Got to Leave the GroundTo Learn to Fly... 21:39, February 3, 2013 (UTC)

Delta, this is the part where you learn your place and stop talking. We are seriously discussing banning you. If you didn't mean what I thought you said you would have phrased it differently. Unless you want to get banned for a bit, this conversation is over. ForkJust a lonely utensil

Actually, it does. Forest and I are both elected officials of this site, and I am more likely to trust her them someone who has been here for eight days. Most of the senior users are asking for you to be banned. I'm still offering you this warning. And despite the fact you run a wiki, you would do well to remember that this is not that wiki and you are not in charge. Though your opinion does matter, you are an eight day old user and I am much less inclined to listen to you. ----You've Got to Leave the GroundTo Learn to Fly...

It's been more than six months since you last updated your TV Show on WFW 1, The Lost One. Please make sure to update it soon, otherwise it will be removed from our program! Thank you. :-)

Retrieved from "https://warriorsfanfic.fandom.com/wiki/User_talk:DeltaStriker?oldid=252593"
Community content is available under CC-BY-SA unless otherwise noted.