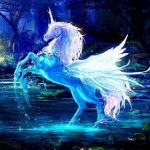 aka Firesong, Firey, The Dog

Leave a message, and I will get back to you as

My First Nine Months on this Wiki

Umm,are you working on Tallstar's Revenge Spoof or too busy or away? Just curious,since I just checked and it hasn't been updated.--Shadows Are Dark Mirrors OfYourself 06:07, January 12, 2014 (UTC)

I dedicated this to you and Stormy to appologize for my lack of everything on this wiki.  :)  I will read your fanfics when I have some free time.

It's okay. You've been on this wiki for a LOT longer than me,so you'd have a lot more gong on. I haven't read all the super editions,so when you have spare time,let me know!--Shadows Are Dark Mirrors OfYourself 01:28, January 13, 2014 (UTC)

Thanks for the info Neighborhood Stalker!--Shadows Are Dark Mirrors OfYourself 01:43, January 13, 2014 (UTC)

You haven't been updating for a while, so I thought : If I help you to start the chappie off, you would surely know whats going on. So, I'm going to just type a few paras, then continue the Mole. Gimme a  call, 'kay?

Shadowfire iz awesomesauce! (Except that part where I have to act all hateful towards her in my fanfics XP)

Hi Firey.  I know you are busy, but could you read this for me?  I dedicated it to you and Stormy and I want to know what you think about it and whether or not I should make it a series.  Please comment with ideas to continue when you can, I really need some advice :D I got my sig fixed!

Hey Firey, I published a little bit, I'm currently in the middle of a heatwave, so I plan to write a little more of Chapter Six each day.

It's probably not much of a birthday present, but there's not a lot to do for a little birthday surprise on a wiki. ^^

Hi! I am trying to practice my coding, so I was wondering if I could spruce up Solitude? Just tell me the colours and stuff, I will use your font with the shadow. What I was thinking was something like Alder's adventure (I learned how to make tabbers. just so you know) Thnks! Look, we are alone The wind is howling Listen to the cats in pain, what a delight - Iceclaw 23:42, January 17, 2014 (UTC)

Turns out, since I have to go to bed early today, I can't comment on your stories today. :( Tomorrow, I promise!

Congrats on getting the Warriors badge! O_O 60 whole days of edinting something. Plus, your the first and currently only person to get it. :O I'm going to read all your stories and comment starting now. I wonder how long this is going to take me. :D And the day came...  when the   risk to remain tigh  t   in a bud was more    painful than the risk it took to blossom. 19:52, January 18, 2014 (UTC)

Flames of Love was seriously the most interesting, amazing story I've ever read, to be honest. I've never stuck with keeping up with a fanfic, or checking back up to see if it's been updated, but this one did.

YOUR SIGGIE HAS A TYPO

Leave a message after the beep!

Got your message about Dragon and Feather.

Also, could you make a siggie for me?

Wordings: Bid my blood to run, before I come undone, save me from the nothing I've become...

Link: My talk page and dragon and feather?

Contact me if it's a little too much for ya?

Yeah, it's cool, and I'll see what I can do. But just try not to make any more signatures centered around that topic. I know she might want to express those emotions but she'd be better of expressing them where she can get real help, not help from a group of ten to thirteen year olds with very little experience. :) (that smile seemed snarky and sarcastic but trust me, it was not) --YOU'RE GOOD but i'm Crowley 13:36, January 24, 2014 (UTC)

There where three extra apostrophes around one of the parts, before [<span. I just removed those and checked. Because like, when you bold and italicise things in Source mode, you're really just adding two apostrophes for italics and three for bold. The buttons are just shortcuts. :) --YOU'RE GOOD but i'm Crowley 00:09, January 25, 2014 (UTC)

I don't remember what my siggie looks like. But hey, this is kind of random - what do you think of the name Miri Song for a four-year-old Korean girl? I'm planning her as a character and I like the name, but want to get an outside opinion. Her sister is Nika Song (I love that name whee) and she's seventeen. Awkward age difference but ah well. --YOU'RE GOOD but i'm Crowley 04:08, January 25, 2014 (UTC)

Thanks for the lovely siggie, Firey.

I love it AND the newest chappie of D n F. Totally cool!

Shine told me what you were talking about the users with no edits. I didn't really think about it *facepaw*!

So yeah, just thought I'd tell you xD. And thanks for letting us know, we weren't quite familiar with that... :).

Yeah I can see why it's annoying :). I'll make sure not to do it again.

P.S. Should I leave the message there or remove it?

You have been located in 'CAMP B'. Your pep talker is Rainy and the members of your camp are WAFFA, Silver, Firey and Brighty!

Of course you can!

However, it is important that before you read their fanfictions, that you read those who are in your group, because this is necesary for all members to recieve a good amount of support!

Retrieved from "https://warriorsfanfic.fandom.com/wiki/User_talk:Cchen3?oldid=230710"
Community content is available under CC-BY-SA unless otherwise noted.