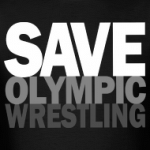 Thanks for leavin' me a message.

YOU HAS TO JUDGE WHEN YE GET BACK FROM WRETLINGGGGG All things must rise to ashAnd all things must burn to AshThis is the legacy of Ash 22:31, January 9, 2013 (UTC)

I posted all that chat stuff on my profile XDDDDDDDD

But you'd do it for Robo. Right? Of course you would ;) You l-o-v-e me WAY too much not to :D btw, you should read Red Mane, since you liked After The Storm so much *hinthint*

Good luck with that. I thinks its fair to aay the whole wiki is litetred with lazyness xD You should judge though cos I love you most <3

And,well, no one was commenting so I felt the need to advertise xD

DO MY OPINION ASH! I HAS WAITED VERY MUCHLY

The story one x)

x) Well, I worked harder on that one so I want the results of it first xD Just so you know the three finished (or in Rainy's case, almost finished) stories are The Black or The Bracken, Blazing Fire Unseen and A Tail of Two Cats :D

Ahaha LOL. Can't cuz of stalkers and you know *shifty eyes*. These messages aren't exactly private :/ What if I showed you the picture for our HailXRain fanfiction? ( ͡° ͜ʖ ͡°)Problem?I thought not 20:06, January 21, 2013 (UTC)

':D I added a glowly effect and all x)

Sure, you can make me a signature. Surprise me on the colors/background color! :D

Make it say what my signature already says.

ULCH, forgot to log in. What I want it to say is my signature already, or you can just write 'Diamobd'. Either is fine.

Hey Ash, Moon and I are doing a collab, and if you want your cat to be in it, fill out this form. :D

I'm awesome, the whole world has to answer once again to tell you who's awesome! #Bad

Retrieved from "https://warriorsfanfic.fandom.com/wiki/User_talk:Ash622?oldid=182942"
Community content is available under CC-BY-SA unless otherwise noted.