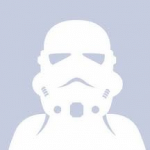 Consider yourself honored to have reached this highly-secretive and restricted page. I'm probably too busy saving the world to chat at the moment. Leave a message with your signature and I'll get back to you as soon as I'm done preventing the aliens from terraforming the planet.

hey i love you stories oh by the way can you make me a sig.

um would you go to my blog and answer number 2.

Hi! I would like to submit two cats for the kittypet lives. These are my real life cats.

Personality: super friendly, loves twolegs. Has been identified that he is mentally unstable, and is very hyper.

Paragraph From This Cats Point of View: I love twolegs! I love my house! Hi! I am Omelet! Do you want to run around hystericlly? Do you have any food? Like tuna? What's your favorite colour? Did I tell you my name? Oh. Well I have a sister. She's 15! That's like 80 in cat years! Her name is Olive! I love her! She is so nice! I want to cuddle with her, but she hisses and runs away. Maybe I should dye my fur purple. No, that would freak out the twoleg kits. Can I have a lolipop? No? Fine. Oh! My sister Olive takes these pills. I want to taste them! Why does she get all the delicious food? The adult twoleg human yells at me whenever I try to take a pill. I want food. I'm tired. You are boring. Bye!

Paragraph From This Cats Point of View: GO AWAY! Oh you're one of them forest cats. I thought you were my super annoying brother Omelet. He is weird and discusting! All he does is lie around. I have never seen that stupid furball do anything productive. He's 8. Middle adged for a cat. At least, a kittypet. You forest cats die before you turn 5. Anyway, unless you're gonna make yourselves useful, scram. I don't want you setiing off my nuclear bomb before it's finished. Yes, I'm killing off the twolegs on this planet one by one. Do you I'm stupid? Who do you think helped Hitler become powerful? Who do you think killed him? I am the reason for the death of every twoleg on this planet. Soon they will all die and cats will rule! Mwa haha! Now leave.

Hello, this is a friendly reminder that you have three more days to finish the songfic you submitted for my songfic competition, because any unfinished songfics will automatically be disqualified, no matter how great they are. Thanks! TheFairyPrincesses 18:23, March 23, 2013 (UTC)

Today is your very last day to work on the songfic you submitted into my contest. When I wake up tomorrow morning I will begin judging right away and any incomplete songfics will be disqualified. Thanks! TheFairyPrincesses 14:13, March 25, 2013 (UTC)

Congratulations! You have made it onto the next round of Warriors Idol! For the next round you will be paired up against one of the other three users who moved on. You must write another songfic as will your opponent and the judges will decide which of the two they feel is the best. You have until the 13th of April to write your next songfic; and your opponent will be Rainy. Good luck!

Aqua, you're too sweet. Thanks so much, and I was actually just reading your songfic now. It's amazing! I have to go now, but I'll definitely be commenting tomorrow! I wish you the best of luck too! <3 Queen Unicorn 02:40, March 31, 2013 (UTC)

Really? That's so kind of you. I do write a lot(I just never finish anything, teehee) I really appreciate it, especially from a writer as good as yourself <3 Queen Unicorn 15:01, March 31, 2013 (UTC)

OMG AQUA *mcgasps so hard she falls out of chair* *stumbles back up* I HAVEN'T TALKED TO YOU IN FOREVEEEEEEERRRRRRRRRRRRRRR *breathes* Puella Magi Madoka MagicaKyouko Sakura 18:23, April 1, 2013 (UTC)

Aqua, I noticed "NinjaTroll" left a comment on your stories. I'm really sorry, but it was a prank. Another user was behind it as an April Fool's joke. They're going to undo all their edits soon. Sorry for any inconvinience, but I thought I'd let you know! :) Queen Unicorn 01:57, April 2, 2013 (UTC)

Reply to your message

Hi Aqua! To be honest, I have NO idea what an admin shield is, but look at Gingerear's blog, "Stop messing with my fanfics!". You'll be in for a huge surprise! (Assuming it's true, but I don't think Gingerear would lie.)Amberflower of WindClanTalk 02:01, April 2, 2013 (UTC)

I actually noticed you were editing while I was doing the prank and I was like 'OMG I HOPE SHE DOESN'T COME ON CHAT' and I was Random Paging and ran into some of  your stories several times and couldn't bring myself to troll (I think I may have trolled/commented one though?)

Anyway, I couldn't put April Fools at the end of each comment because that would have ruined it. I can trace them back now, though, and do that if you want. :D Vampire BarbieI talk a lot. Doesn't mean I know what I'm talking about. 10:55, April 3, 2013 (UTC)

Awesome! I'm having a great summer too- though I'm a teeny bit *cough* panicked *cough* about starting high school. xD I'll get over it. Lethal doses of my own emotions seep into my dreams, and paralyze me 00:50, July 17, 2013 (UTC)

Excuse me, but I made that Foreststar. I didn't draw it, but I made it on a maker. You have no rights to take my picture and tell Tawnypeltlover2 you drew him! Im infuriated. Niall of One DirectionIs the bestever. <3 07:52, September 5, 2013 (UTC)

Hey, just wanted to let you know that you shouldn't get too worked up over the drawing / image mishap. It's likely that, as Brighty suggested on the blog, Ginger uploaded a file of the same name and it appeared there (and I'm sure you can attest to that) since the original image has been deleted. Nothing to worry about! :) --RedPandaPotter

Yes I remember you! :D I just have kind of quit the wikia recently since I haven't been able to put up writing for a long time and didn't really feel the need to be here that often anymore x3 Thanks for saying hi! {{SUBST:User:Tawnypeltlover/Sig}} 03:36, January 7, 2014 (UTC)

PS: I love the verse on your userpage c:

Hi, Aqua! I was wondering how you make the letters glitter like that. Can u tell me how? Also, if it is a software, can u make two for me like that? Oh, I'm Sea by the way. Nice to meet you. ^^)

hi ii just noticed that you like rune factory

Hey so I just wanted to clarify why we're being so direct with our messages to your brother. I've warned him about his commenting and he ignored me. Other users are just trying to remind him that he can't just ignore a staff warning and continue on with his unconstructive commenting. So if you thought we were rude, well, we were kind of annoyed (lots of people have ignored us before).

So yeah, that's why you may have found our messages to your brother /rude/. --

I didn't find you as rude, don't worry. I apologize on the behalf of the users who also messaged your brother in a direct and rather rude-ish way. They were probably fairly annoyed that your brother didn't quite understand what I tried to tell him. It's also probably because they've tried telling multiple people that they need to make constructive comments and those users had ignored them too.

So yeah, don't worry! And I'm sorry I didn't seem to get the message across very well to your brother. --

"I love corgis. I mean look at them, they're just like little waddling potatoes."

can i just say your art looks heckin' great

Retrieved from "https://warriorsfanfic.fandom.com/wiki/User_talk:Aquamarine1212?oldid=337408"
Community content is available under CC-BY-SA unless otherwise noted.