And yes, I made two blogs in one day, I SEE NO RULE AGAINST IT. *rules appears after five minutes within posting* lol jk, but it might happen xP 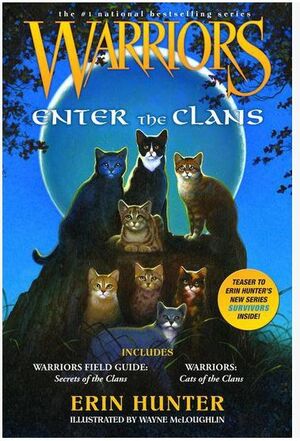 But it also says something about a new series, called...Survivors? Knowing the Erin's it will probably be about animals or something. Some people say that it's a spin-off of either Warriors or Seekers, but I highly doubt it, considering it says NEW SERIES.

I also think after the Last Hope, the Warriors series will be finished, well, not including the mangas, super editions or guides, but I think the actual series will be completed.

I know all your speculation or false confirmations about a new series or something, but I dun care.

Next thing is SEEKERS! The new book, and I have two of the covers. 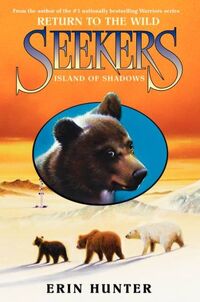 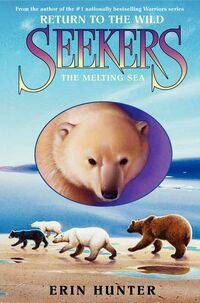 It would be fantastic if anyone could tell me when they come out.

But in the second one, (Which is most likely the second in the arc) does anybody else see a POLAR bear cub? I, of course, didn't read the last book since it isn't in my library. I only read up to Fire in the Sky -_- and I was spoiled by learning Urjurak died xD LATE SPOILER WARNING HAHAHA

Does a polar bear cub ever make an appearance? If not I suppose it goes with the Melting Sea.

So I'm pretty excited! Any speculations on who the cats might be in the pic, or anything about Survivors and Seekers is welcome! :DDD

EDIT: The first Seekers book in the new arc will be realeased on February 7 2012. Which is like two months before the last Warriors book, and Yakone, a young white bear who lived on the strange Star Island with the sick bears, is added to the group of bears on the last page of Spirits in the Stars which explains why she is walking alongside them in the Melting Sea book. I suppose this is a replacement for Ujurak.

Retrieved from "https://warriorsfanfic.fandom.com/wiki/User_blog:Wetstream/Seekers,_Warriors_and...Survivors%3F?oldid=118541"
Community content is available under CC-BY-SA unless otherwise noted.