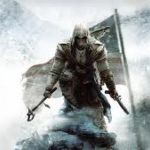 ^^Greetings! My name is Akita (no I'm not a dog) and I live in Ystad, Sweden. I love Warriors and I read them almost as much as I read the Walking Dead comics. Everything about Warriors such as my likes/dislikes will be down below. If you want to learn more about an awesome person, keep reading!

Appearance: Kinda short, my height is exactly 5. Emo-styled natural red hair (not ginger) with natural pale-ginger highlights. My eyes are an unnatural shade of bright green. Plus I have snakebites =3 Dunno what else to put here...Will add shtuff later!

Song(current): Sleepwalking by Bring Me the Horizon.

Video Game: Assassin's Creed: The Black Flag (any AC game will do though)

Will thing of things to add later...

I live in a small house near the Ale's Stones and we have 3 acres so I have kinda alot of pets....

And that's all of them!

Warriors is awesome! I've read every book out, and I read alot of fanfictions on the internet so I thought I should just come here and write my own as well!

Retrieved from "https://warriorsfanfic.fandom.com/wiki/User:XxfoREVerxX?oldid=226051"
Community content is available under CC-BY-SA unless otherwise noted.