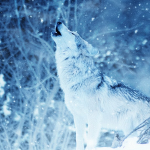 Some of my favorite books are: Warriors, Survivors, Guardians of Ga'hoole, Wolves of the Beyond, Ranger's Apprentice, The Hunger Games Triology, The Maze Runner Triology, and many more.

End of the Clans (a series)

Books in the End of the Clans Series:

A War That Never Ends (Finished)

The Drums of War (Coming Soon)

The Clan of Clans (Coming Soon)

I have an OC. It's a she-cat named Moonshine. She is a gray tabby she-cat, with lime green eyes. She is a WindClan cat. Originally born in ThunderClan, she moved to WindClan, when she was an apprentice.

End of the Clans Trivia

Retrieved from "https://warriorsfanfic.fandom.com/wiki/User:Wolfy10?oldid=354023"
Community content is available under CC-BY-SA unless otherwise noted.