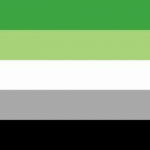 i like reading the first twilight book and then never getting around to reading the rest, and i'm a huge fan of the book series maze runner, the menagerie, nancy drew, and the television series brooklyn nine-nine (all hail gina, queen of sass)

enjoy your stay on wfw, i guess, and i hope to see you around!

A Fading Star // Fadingstar never expected to die, and certainly not in her first battle as leader of ThunderClan. But when given a choice in StarClan, she has the option to re-live her life, fix her mistakes, and right the wrongs.

Rebel // Diving deeper into Rebel's story, we find out what she did... and what spurred her on. A spin-off movie for Blood Moon (sequel to Bronze)

Rich Kids // There are no more leaders, there are no more clans, there's only a hierarchy. Only a Line. Umber lives in the poorest camp, with the worst leaders. She doesn't seem to be good at anything. At least, until one day, she discovers that she's pretty good... at being bad.

Retrieved from "https://warriorsfanfic.fandom.com/wiki/User:Silvermoonlynx?oldid=370869"
Community content is available under CC-BY-SA unless otherwise noted.