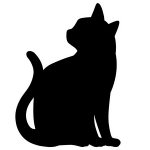 aka some dude with no life

Hi {{{1}}}!I'm Racerbird (I only keep this name for nostalgic reasons, I swear) and I'm not active much here anymore, but I just pop up whenever, I guess.

so look out down below Hello! I don't know Brams too well but maybe I will later? I do know they are pretty good at coding and making sigs.

~~~~hi Peacey! Your siggy wasn't working on my screen. (try classic editor) I dont know her too well but we're currently doing a collab together.

if you were to write a story with me in the lead role, it would certainly be a tragedy -  hi Phoenix! (Can I call u that?") Anyways, though I haven't really met them, ive seen them around the wiki (and on chat) and they seem nice and have cool fanfics.

Past:Tigerstar There's more to me than meets the eye (i feel accomplished)

Breezepelt:Please die. I dont hate him as much as others I could (and probably will) mention. I cant hate too much cause hes only bitter because of his father's neglectance and his mother's encouragement that his father hates him. Crowfeather, show a little love on your kits.

This is my opinion please do not be offended.

Retrieved from "https://warriorsfanfic.fandom.com/wiki/User:Racerbird?oldid=344741"
Community content is available under CC-BY-SA unless otherwise noted.