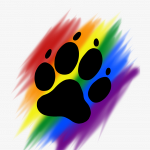 All about Hopefur09! That's Me!

Hey Everyone, My name is Hopefur09. Hope you like my work. As I am new to this my profile is pretty BORING but hopefully, it will get better. Random fact I love cats to bits and I have four. I am a huge fan of Warriors (obviously) and a big fan of Marvel and Star Wars!

You can call me Hope or Hopeheart or Queen Hope (as my fellow cat citizens call me) if you want. With my fanfictions, I would love all the constructive feedback I can get, but I would like a few positive words now and then.

Forbidden Fate a collab by YellowfangWC and I.

How The Wind Stirs The River a collab by Night and I.

YellowfangWC and I will be making series called What If... these are the ones we are working on.

A Good Girl's Guide To Murder- Some of you will be thinking Queen Hope is a MURDERER! *Dramatic Music Plays* but I am definitely not! This is an awesome book! It is about a girl called Pip who is trying to solve a mystery even though the case closed five years ago. She doesn't think that the murderer did it. She wants to prove him innocent. 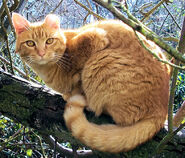 Hopefur- Hopefur is a tortishell medicine cat. She is in the collab YellowfangWC and I are doing called Forbidden Fate. Hopefur is the only cat from her family that lives in Riverclan. Her sister and father live in ThunderClan. Hopefur is a very kind and smart she-cat. Just because she is a medicine cat doesn't mean she is a softie. Hopefur can fight! Hopefur follows the warrior code most of the time.

Retrieved from "https://warriorsfanfic.fandom.com/wiki/User:Hopefur09?oldid=362766"
Community content is available under CC-BY-SA unless otherwise noted.