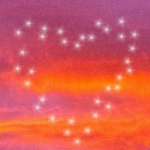 Hey everybody, I'm not really on much anymore, because while I still like warriors, it's not as much of an obsession for me as it was when I was in my pre-teens. I might drop in to read a fanfic once in a while and I'm hoping to rewrite A Squirrel in the Brambles at some point...well, kind of rewrite. It's gonna be a lot different but I'm going to keep some of the same cats and it's still going to focus on a child of Squirrelflight and Brambleclaw. Anyway, I'm hoping to make that happen but we'll see if that works out or not. Anyway, peace out y'all!

NOTE: THE FOLLOWING FANFICS ARE REALLY OLD AND REALLY, REALLY, EMBARRASSING. READ AT YOUR OWN RISK.

The power of four series-by Birdy

Revenge of the Clans Series-by River

The Forming of Lakeclan-by Aqua

Hey Buddy! What's up? =)RiverpeltXWolfclawI've always loved you, and always will.

Hey, there!:D I like the http://heartskywarriorsfanmadeclans.wikia.com wiki! I like it! Good bye, sweet Rosie. May you rest in peace.

It's me... PINEAPPLEPAW!!! Supported by Zaf if you're wondering. :) PINEAPPLEPAWRosestar's Den Guard 00:06, September 5,

Why is Heartsky so cool? To many reasons why! <3 ya Rosey(:I WASH MY HANDS OF THIS WEIRDNESS

Retrieved from "https://warriorsfanfic.fandom.com/wiki/User:Heartsky?oldid=301104"
Community content is available under CC-BY-SA unless otherwise noted.