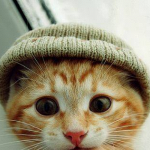 aka HIMG (what else?)

Hello old friend/new user/stalker! I am HIMG, a user who joined this place a while ago and mainly writes blog posts every six months so she can feel nostalgic and chat to old users (and the new ones who don't acre who she is). :) You can read some of my old fanfictions if you really want to but most of them are abhorrent and I never want to look at them again (seriously, tread carefully, the writing is awful). I really like Sherlock and Harry Potter so you could message me about them if you really wanted to but it will take me at least 4 months to reply, due to the fact that I rarely check back on here. Have a nice week, and don't write things on the internet that you will regret two years later. :) Byeeee! :3

Retrieved from "https://warriorsfanfic.fandom.com/wiki/User:HIMG?oldid=270653"
Community content is available under CC-BY-SA unless otherwise noted.