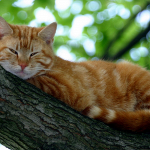 Yay! I finally have a profile pic!

Fanfictions I am writing:

Saga - this story has been put on hiatus, because I never came up with a plot, so I don't know what to do with it.

First Steps - this page was formerly known as A Long, Cruel Leaf-bare. It might be made into a series.

Series I am writing:

Spirits - this is a series about something happening in StarClan after the Final Battle.

Fanfics I am writing for contests:

Breaking Everything - this is for Dawny's contest. I am not really a romance writer, but I had this cool idea, and then I read Dawny's blog, so I am going to see if I can pull this off.

Shows I am writing:

Barbarian Clans - the title pretty much says it all.

Linked - This series was first written by Stormy, but she gave it up for adoption. Both Gingerstripe and I wanted to adopt it, but we also didn't mind if the other person took it, so we compromised, and it's a collab between me and Gingerstripe.

Retrieved from "https://warriorsfanfic.fandom.com/wiki/User:Gingerear?oldid=191209"
Community content is available under CC-BY-SA unless otherwise noted.