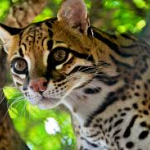 Hi! This is Stormy! I love reading fanfictions, but I may not comment often. I use my computer for writing, and I use my tablet for reading. I am not signed into the wiki on my tablet, so I will not be able to comment as I read.

I've been reading fanfictions on the Wiki for a while, but I am a fairly new user here.

If you want be to read one of your stories, please give me the link on my talk page. I am also open if you need any pictures made for you. So if you need anything, just go on my talk and I'll get to you as soon as I can!

Rise from the Embers

A mysterious tribe threatens the Clan, and Firestorm must stop them with her powers granted to her by StarClan.

What would happen if BloodClan won the battle? Follow the stories of Leaf, a young member of BloodClan and daughter of legendary leader Firestar, hoping to follow her father's footsteps; Gray, one of Scourge's slaves, as heleads a rebellion against the vicious rouge Clan; and Shred, a couragous soldier trying to prove herself to Scourge and avenge her father.

Status: Inactive (for now), Incomplete ThunderClan was driven out of the four Clans, and forced to travel to new territory. The Clan rose to power and became great again. Apprentices trained in one of the four categories: Warriors, who fought and defended for the Clan; Hunters, who brought prey to the Clan; Medicine Cats, who healed injured Clanmates and interpreted omens from StarClan; and the Backup Warriors, the daylight warriors and non-skilled apprentices. But then, a misunderstanding broke out and civil war raged within ThunderClan. When peace finally came, the Clan broke into four, with four leaders and four catergories that they ruled. They lived in seperate camps, and were ordered never to speak to each other again. But many years later, four cats decide ThunderClan is ready for a change. Featherwing, Stormflight, Flameheart, and Spottedfeather are from different categories, but they all wish to bring the categories back together. How far will the four ThunderClanners have to go to make ThunderClan great again?

The Elementals (a show)

Status: Active, Incomplete For a long time, the four Clans have lived peacefully. StarClan has been silent for many moons, having no need to speak with the Clans and warn them of danger. But a ThunderClan medicine cat recieves a mysterious prophecy, fortelling the coming of several young cats granted with the powers of the Four Elements: Fire, Water, Earth, and Air. Four apprentices learn that they are part of this prophecy and have extraordinary abilities beyond any cat has ever had before- powers to control nature itself. But darkness is rising, and the enemy knows the secret of their power. One cat will do anything to defeat this threat to rise as the leader of all four Clans. The four apprentices must do the impossible to stop it.

Retrieved from "https://warriorsfanfic.fandom.com/wiki/User:Firestorm136?oldid=321079"
Community content is available under CC-BY-SA unless otherwise noted.