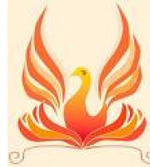 Hi, I'm Firebird, a new user here. I'll be adding more stuff to this as I go along, but for now here's basic stuff:

Rock and it's sub-genres is my fave kind of music.

My Stories and Series:

Coming Home - the second book to Far Cry (In Progress)

Run to the Shadows - I got the idea to put cats in a different world, one without humans :) It's fun to write this one (Finished)﻿

The Outsider - A sonfic. The song is The Outsider by A perfect Circle. This songfic is about a she-cat's perspective on something that is happening with her sister. Read and comment :) (Finished)

Coloring: deep red she-cat. Eyes are orange at the pupil, then turn yellow at the edge, and the two colors are blended together where they meet

Exerpt from The Fallen Warrior Part 1:

"A deep red, feathery furred deep red she-cat flung herself, hissing furiously, at a tom. Other cats hisssed and cheered on rock outcroppings along the inside edges of a sandy pit. In this pit, the red she-cat fights the tom. The cats on the rocks radiate danger, evil, and sin, and their eyes hold a wild light as they cheer on the two cats. They exchange mice, betting on who would be the victor. The she-cat pulls away, shoulders hunched and head low, and stalks around the tom, who hisses at her. A low growl resonates from her throat. The tom whipes away foamy spit from his mouth and whiskers. The red she-cat stops, hackles raised. There is no blood from the two cats. They are already dead.

All noise stops. All cats look up as one to see the owner of the voice. The cat is standing at the top of the pit, the moon at it's back and silhouetting it in such a way that they could not recognize the cat. Regardless, the betting cats flee up along the rocks, up over the rim, and into the shadows. The red she-cat remains, standing tall. Her eyes, orange at the center, yellow at the edge, and blended together where the two colors meet, are guarded as she stares up at the cat."

Retrieved from "https://warriorsfanfic.fandom.com/wiki/User:Firebird15?oldid=102608"
Community content is available under CC-BY-SA unless otherwise noted.