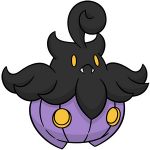 Hello! I'm Cutekaboo, which really can't be shortened to much other than 'Cute'. Though calling me cute would be really nice of you ;D.

Cutekaboo Bravery isn't about speeches, it's about actions

Retrieved from "https://warriorsfanfic.fandom.com/wiki/User:Cutekaboo?oldid=271196"
Community content is available under CC-BY-SA unless otherwise noted.