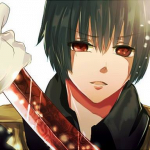 aka Strike, Strikeh or 16AStrike 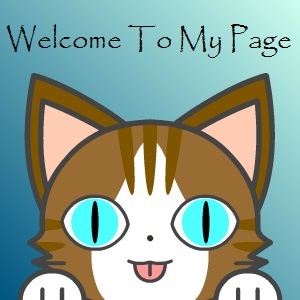 Hi, I'm Avalanchestrike, but people call me Strike or Strikeh. ^^ This is how my main fursona, Avalanchestrike (somewhat) looks like. I would like to know this wiki more and hope to be part of this community.

If you like to, you can join my wiki: StrikeClan Roleplay Wiki

About The Actual Me

Actual name: Not saying. Just call me Strike or Strikeh).

Secret(s): Ha. As If you expect me to tell you xD

Pet: Sadly none. I'm allergic to animals with fur :(

• Try to find that 'itch' for writing once again (though I do have some writing skills back).

My main (and rarely-used) original fursona:

She's a small, but beautiful pure white she-cat with pale brown tabby patches and blind, icy ocean-colored blue eyes, which has a deep scar across one of them.

She is quiet, intelligent, and reserved. She is somewhat temperamental and can sometimes be snappish if annoyed. She is calm in any situation and is willing to help anyone if needed. However, she is very independent and doesn't like to accept help from anyone, but will if she wants to. She loves nature and became a medicine cat since she wants to help her clan another way besides fighting, but she can fight surprisingly well.

She stars as the main character/protagonist in Avalanchepaw's Past and Unnatural (Series). She also has supporting/recurring part in Red's Welcome to Society. She was also featured in Week 2 of Tangle's BB TC S2.

Extra: She's the first fursona I ever made. She's also the medicine cat apprentice of WindClan.

My second fursona (my only male one):

He's a handsome dark tabby tom with blue-gray eyes and a white lightning-bolt-shaped marking on forehead.

Tornadostrike is a kind, but rather mysterious tom who is extremely intelligent and quiet. He is often reserved and prefers to keep his emotions to himself, but is very independent and prefers to be in solitude or with his few best friends. But he can sometimes be too trusting of other cats. He is also protective of anyone close to him (and willing to help nearly anyone), but is somewhat of a social outcast despite being good-looking.

He stars as the main character/protagonist in FLoT (along with Unnatural (Series) and possibly also for BTP) with a different description. I also use him for most of my roleplays.

Extra: He's my personal favorite and I love his name <3 I often use a different description for him.

My third (and most commonly used) fursona:

Ivyfleet is extremely intelligent and rather enigmatic (mysterious), but she is very sweet once you get to know her. She prefers to be independent than to work with others. A lot of toms like her, but she is after one special tom that doesn't know that she exists. She is a excellent fighter, but decent hunter.

She is the main character/protagonist of Ivyfleet's Tale (made by Amber). She is seen as a supporting/recurring character in Rainy's The Hidden and HIMG's Elements. She is listed as one of the cats (with a different description) on Red's Luce (Series); and Misty and Moon's Together. She appears on Unnatural (Series) with a different name and description.

Extra: Like Tornadostrike, she often has a different description. She's a new, young warrior of StrikeClan.

The title says it all. Just put your name and I'll write something about you.

This user says hi :D ~ Lol Robo! Hmmm... Let's see... oh, STOP FIGHTING WITH RAINY!!! XD But it's kind of funny when you two fight about things. Like Dan Kuso or who will apprentice Dawn (Dawnsong2)

Me! Strikeh, pick me! ~ LOL I pick.... Tangle! You are the first boy I meet on the wiki :3 Anyway, I LOVE BIG BROTHER: THUNDERCLAN!!! XD Best thing EVER!!! He's an AMAZING person to chat with and I love all his stories. He's also great to roleplay with. <3

FLOATIE MCBOATIE= How do ya like dem apples yo silly Russians o-O ~ Lol Floatie! I'm not Russian... Anyway, Floatie is so fun to RP and chat with. Turtlepaw is probably my favorite charrie of yours. It's up to Icy to decide who Nightpaw goes with. But anyway, you are one of my favorite users :D

You KNOW that I am the MOST IMPORTANT on this list! Right? ~ Lol Hawky! I don't know for sure since everyone is important to me XD Anyway, she is still a fairly new user, but I love to chat with her. Her first story is really good and I want her to write more. ;)

Crazy me!! Hey.....APPLES! Random. See, I said I was mad ~ Lol HIMG. Randomness is awesome (at least for me XD). Anyway, HIMG is fun to chat with and she is a good writer. Yeah, I do want to get to know her better.

Mistechy le AWESOME! ~ Yeah, but no one is more awesomer (if that is even a word) than MOI... JK Mist. Mist (There is two mistys so yeah) is fun to chat and I'm not sure if I had read her fanfics, but I will.

I MISTY. SHE MIST. ~ Yes, I know that. I think there is three Mistys now... Anyway, I have know Misty for some time now. She is fun to rp with and I love to chat with her (even though she can be on all night XD) and to roleplay.

Icy Rush Feather of the Crane that loves to roleplay *waves TornadoXWinter banner* ~ I can't believe you didn't sign this eariler! D: ICY! One of my bestest (Idk if that's a word, but) friends!!! I love to roleplay and chat with her. I also love her stories. I vote for FeatherXIce to be together :DDDDDDDDDDD

So I heard you don't like the harlem shake.... well then.... ~ Dawn! I never said I didn't like the Harlem Shake... Anyway, Dawn is a fellow Hispanic buddy :D She is fun to RP with and her stories are cool (Plus Shattered Angels made me cry). Anyway, I love you XD

Scratch my back and I'll scratch yours. (Translation: Do me an opinion and I'll do you one) ~ No prob ;) It's Amberflower (love the name by the way)! Hmmm... Ah! I may not know her so well, but I'm loving the Fairyprince books, which are now one of my favorite spoof series, but if I see one of Jayfeather, you face Strike >:) JK <3

SUP STRIKEH? I cheated with google translate :D - Darky, don't you that Google Translate is completely unreliable *shakes head* Anyway, Darky is a very good friend (and if I remember correctly she is a Canadian one :D) and we often like- I mean love to chat and rp :D

I could have sworn I signed this months ago... Cereal is delicious ~ Yesh it is Brighty :D Anyway, Brighty is one of my crazy best friends and fellow Canadian. Both of us like to joke around on Chat and we often share ideas and stories here :D *sends hug to Brighty* <3

Rising Darkness Series ~ The first series I ever made (page not made yet).

The Dark Series ~ My second series I made (page not made yet).

Avalanchepaw's Past ~ The very first story I ever wrote. Rewritten from Warrior Share Wiki (WSW).

Beyond The Perfect ~ The warriors version of a book I read. Credits to Mist for some of the ideas.

A Spark For Winter ~ A WinterfreezeXSkyfire special. Credits to Icy for the title.

What Hurts The Most ~ Avalanchepaw's Loss ~ The first songfic I ever wrote. Completed.

Titanium (FLoT Songfic) ~ A songfic on my show, FLoT. Started.

Talking to the Moon (WxD) ~ Another songfic based on one of my characters from another Wiki. Completed.

Four ~ My first collab series between me, Icy, Robo, and Rainy.

Blizzard ~ A collab between me and Icy.

The Morning Stone ~ A collab between me and Icy (Wow, I do a lot of collabs with Icy).

Manipulated ~ A collab between me and Mist.

Flight: Legacy of Threat ~ A show I'm going to restart fresh with (along with Brights).

Rising Darkness Series/Allegiances ~ For New Moon and the other stories that succeed it.

The Dark Series/Allegiances ~ For Shining Dark and the other series that succeed it.

I haven't made one on my own yet (I suck at coding :P), but people have made me awesome ones :D

Current (though I believe that I need to update it):

Retrieved from "https://warriorsfanfic.fandom.com/wiki/User:Avalanchestrike?oldid=220876"
Community content is available under CC-BY-SA unless otherwise noted.