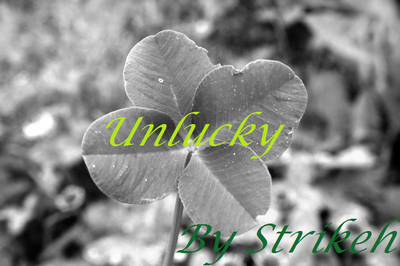 This story made by Strikeh and is for Tangle's contest

Most cats think clovers are meant to be lucky and that four-leafed ones are even better. But not all clovers are known to be lucky. If you come across me, you'll wish that you were lucky.

My name is Cloverleaf, former StormClan medicine- I mean, warrior. Exiled from my clan for doing something- okay, maybe it wasn't just something - I wasn't supposed to do.

I do actually wish that I had lived up to my name, but things happen that you can never change. However, I don't mind being known as unlucky. It proves to them that they should have never judged a cat by its fur...

Everything about me- or has involved me had never turned out okay, but it does if I try to change it- but what's the point if I was going to end up here in the Dark Forest anyway.

My life has been hard and nothing could have changed it... I thought Darkflame was the right tom for me, even though I wasn't allowed to have a mate, but I never been more wrong.

He was the reason I killed many and scarred others... Appear in your nightmares and haunt you for life, even if you do manage join StarClan. You can never escape me and even you try... you just can't. My luck makes you unlucky and unlucky is known as me, Cloverleaf.

Retrieved from "https://warriorsfanfic.fandom.com/wiki/Unlucky?oldid=181107"
Community content is available under CC-BY-SA unless otherwise noted.