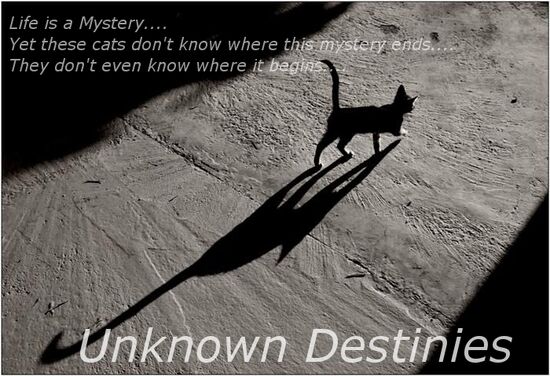 ABOUT: Four cats chasing their destinies, they are pushed around and are never truly givin anything. They call themselves, Unknown Destinies. Find out what happens to these four adventuring cats.

The Series and Extras

Retrieved from "https://warriorsfanfic.fandom.com/wiki/Unknown_Destinies_(Series)?oldid=219959"
Community content is available under CC-BY-SA unless otherwise noted.