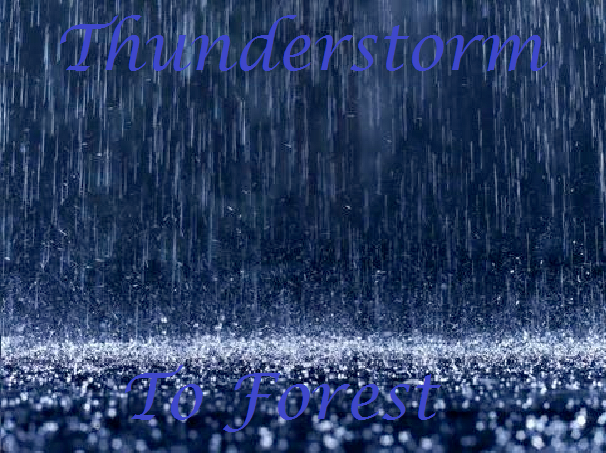 I groaned, and rolled over so my head was on Waterpaw's neck, out of the way of the leak. It was raining, like every day, but this was torrential.

I lay there, my body nestled up close to Airpaw and Waterpaw to comserve heat, for a long time. I hoped that the quiet hum of Spiderpaw and Firepaw snoring would help me sleep, but I just couldn't fall unconcious.

It was unbearably dark and cold in the den. My instincts told me this was early leaf fall. That seemed pretty much impossible to me. Leaf fall was meant to be warm, golden brown leaves littered everywhere.

But StormClan was stuck in this neverending swamp.

I sighed and decided I was never going to drift off, and stumbled out of the den. On the way, I tripped over a sleeping Summerpaw. Now that I knew Redpoison was her mother, their similarities were almost uncanny.

'Me neither. I was about to try and tire myself out with a walk. Want to come?' I flicked my ears towards the bleak and dark exit.

'I will,' Summerpaw replied. She shook droplets from her pelt. 'Are you ready?'

I nodded, and we walked, side by side, towards the entrance. Vanillafrost and Ivyfleet were on guard, chatting, so we slipped passed them without them noticing.

When we reached the forest, we found a little more shelter under the canopy of trees. We trekked in silence. It wasn't awkward; we were both shy types.

I jumped at the sound of a loud, low growl in the distance. 'What was that?' I squeaked.

'Thunder,' Summerpaw explained. 'Appleblossom told me about it as a kit.'

'Can it kill me?' I asked. Snowstripe had never told Firepaw and me about that thunder. I was merely curious.

Summerpaw shook her head. 'No. But lightening can,' she claimed.

I shuddered, and continued at my steady pace. 'Let's head for the border,' I suggested. 'Go for a big walk. Get ourselves exhausted.'

Summerpaw purred in amusement. 'Race you to the pond!' she challenged.

I took off, and ran at my fastest pace. I was the best sprinter out of the Elements, with Airpaw close behind me. I could easily beat Summerpaw.

I sloshed through the puddles, letting the spray splash in my face. It felt good to run; I felt my legs loosen as I moved.

My one white paw was caked with mud, but I didn't really care. I was so nice to sense the wind on my whiskers, the grass between my claws...

I stopped dead as I saw a pair of eyes, stormy grey, staring out from a bush. My breath halted. The eyes blinked back at me.

The cat wasn't in the bush, it was outside the bush. Then why can't I see his pelt and body?

I felt Summerpaw's breath on my ear. 'What's happening?' she asked. She was scared too. She had seen the eyes as well. 'Please,' she whimpered. 'Talk to us, please.'

I closed my eyes, praying there was nothing there and this was all a joke. When my vision returned, a very black cat stood before us.

He looked calm, collected, unlike the trembling apprentices that stood before him. He had coal grey fur, dark as the night that surrounded him. His eyes were a frightening stormy ash colour, that seemed to pierce through my head and see behind him.

'I am Echo,' the cat said. 'I have come for the benefit of StormClan.'

'How do you know our Clan's name?' Summerpaw said warily. We exchanged glances. Echo clearly knew this area.

'I live in these parts,' he replied smoothly. I was a little intimidated by his cool tone. How much did he know about us?

'Well, clear off,' Summerpaw hissed. 'This is our territory.'

I knew she was trying her best to be brave, as was I, but I was shaking like StarClan inside. 'Yeah,' I copied Summerpaw. 'You don't belong here.'

Echo chuckled, like this was an amusing converstation. 'I do belong here.' His gaze was so patronising. 'I am here too...save you.'

'Save us from what?' I questioned. 'StormClan is strong enough to handle anything thrown at us.'

I froze. I hadn't realized that we hadn't been able to do anything about Deathstar's Clan. But we never lost. StarClan supported us. 'We failed.' I realised, speaking so quietly I doubt anyone heard.

No one had noticed. We were dropping into a deep black hole. We've failed, failed, failed...  I repeated this phrase over and over in my head till I snapped back to life with Echo continuing, 'So, I am here to rescue your petty little lives.'

'How can you help us?' Summerpaw demanded. 'You are not...special at all.

'How did you not see me before?' Echo asked wryly. 'I had been trailing you for a while.'

Summerpaw's mouth kept shut. 'How did you follow us, then?'  I was just curious.

It was hard to see through the rain that stung my eyes, but I did notice that he was gone. Me and Summerpaw gasped. All you could see was his eyes. The rest of his body had dissapeared..

'How did you do that?' Summerpaw breathed, here eyes glinting with wonder and excitement.

Echo, shaking droplets from his pelt, answered,' I can blend in to things. A bush, the rain. Its like camoflague.' He paused, watching our reaction. 'I can imitate cats too.'

'Show me.' I challenged.

'Sure.' There was the crackle of lightning, and I hopped back to avoid the forks.

After the flash, I blinked and before me stood Summerpaw. But Summerpaw was right next to me. I searched for differences between them. The cat next to me had pretty honey sweet eyes, whilst the one in front had dark coal eyes. 'Ah,' I said to the Summerpaw who stood in front of me. 'You're Echo.'

The golden fur changed to its signature smoky shade. 'How did you guess?' he asked. He sounded a little like a kit who, whilst playing with his littermates, had been found out. That's when I realised that Echo was only a moon or so older than I was.

He had enthusiasm, and I wondered how he was wandering about the forest at such a young age. 'Where is your family?' I queried. 'My mother wouldn't let me go out alone.'

Echo shrugged. 'My family abandoned me when I was a kit. They were rouges...I haven't seen them since.'

'Poor you!' Summerpaw gushed. 'You must be so lonely.'

'Hey,' I interrupted.'Let's get back to the subject.' I turned back to Echo. 'What do you want to do for us? For StormClan?'

'Well,' Echo began. 'Because of my abilities, I could be a really good spy for StormClan.'

I narrowed my eyes. 'How do you know you aren't spying for DarkClan?'

'Trust me,' he said earnestly. 'I could be in my camoflague, and hear DarkClan's plans.' He was excited now. 'I could be a hero.'

I looked at Summerpaw. She nodded. 'Alright then,' I said. 'But keep it secret. You're hired.

But somehow, I refused to trust him.