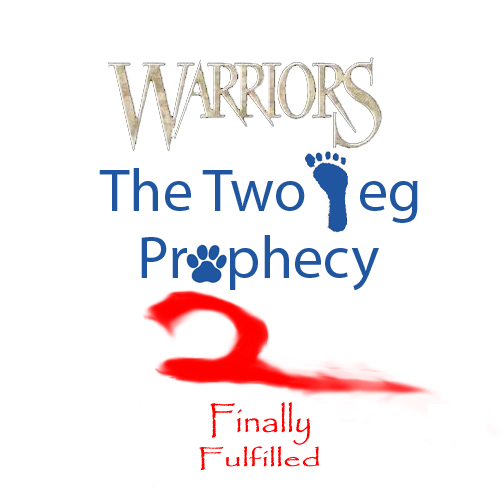 It's not over yet.

Check out the new chapter, "Chapter Five: New Moon Part One". I have been inspired by a song called Apartment Story by The National, and right now, it's the theme for the finale of The Twoleg Prophecy 2. Give it a listen. :D Also, Ok GO's song Needing/Getting is key in inspiration for the direction the story is currently going in. Listen to the songs below.

Six moons after the defeat at Doomclan, the remainder of the clans are huddled together slowly being picked off by the still powerful Doomclan. As Hollyleaf waits on baited breath for John, who has disappeared, their kits are just waking up to their true destinies... and identities.

Somewhere far away, John isn't alright, finding himself in a twisted nightmare of mixed memories and new experiences, and finds out a devistating secret he'd have rather not discovered.

thumb|300px|right|Not mine, but The National's. Extremely key in the finale. Try to guess why. ;)

Retrieved from "https://warriorsfanfic.fandom.com/wiki/The_Twoleg_Prophecy_2?oldid=122385"
Community content is available under CC-BY-SA unless otherwise noted.