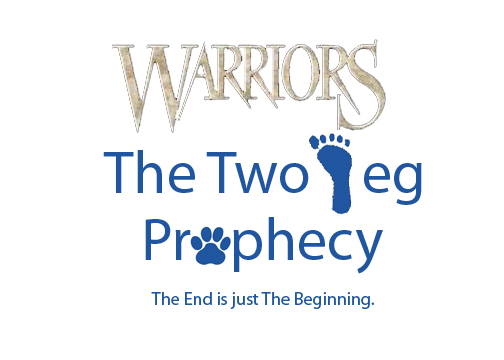 Sketches and Other Stuff | Songs that inspired TTP | The Tale of a Twoleg, a Keyboard, a Website, and a Story: How The Twoleg Prophecy came to be

This story idea is about 2 years old! I Thought about how cool a story about how Twolegs get to know the clans, And thought if I could find a good storyline, I could do it. This is a result of long hours of sitting at the keyboard and crossing out ideas in my head. Here you go! I'll try to keep up with writing it! Sorry for any delay!

Dedicated to Logan, Who by his friendship, helped me to answer the call of the forest.

ZukoI've learned my own Destiny

Someone help this user with their messed up coded signature!

I'd like to thank the people that inspired The Twoleg Prophecy right here:

My friend, Logan, for telling me about Warriors.

My Mom and Dad, for encouraging me to work on my gift for writing.

Hayao Miyazaki, for just being the awesome storyteller he is!!!

Switchfoot, Stephen Bryce Avary, House of Heroes and Seabird for writing the songs that inspired me to write every time I turned on my iPod.

All the awesome fans that made me feel inspired every time I saw their comments.

The story is about A Twoleg orphan named John Neko and his siblings Ashley, Ashton, Robert, and Rachel.

They find the clans, and John finds he is prophecied to save the clans from the Doomclan, an evil band of rouges. Their leader, Falconstar, wants nothing more to destroy the clans utterly and swiftly.

John finds himself racing against time to stop Doomclan from decimating his newly adopted clan and the others, and a mass of mysterious other prophecies and visions don't make the situation much better.

Keep up with what happens as this four-part series evolves!
Retrieved from "https://warriorsfanfic.fandom.com/wiki/The_Twoleg_Prophecy?oldid=224826"
Community content is available under CC-BY-SA unless otherwise noted.