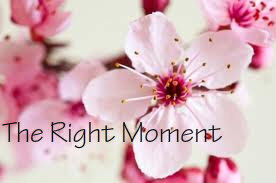 A cold breeze ruffled through Mintpaws fur, leaf-bare was coming, and it was coming fast. Even the fresh-kill started to started to taste hard and frozen. Everything came to earliar these days. There would be enough time for Queens to kit or to even let them survive. The kits would just die off like Mintpaws brother did.

Mintpaw gave a smooth lick down her paw, stopping at her paws she swooped her fore-arm over her head and behind her ears. She repeated it and then plopped on the ground, exausted.

Eaglepaw stared down at her and laughed, "hey! Hey Mintpaw, I think you missed a spot, like everywhere!" Mintpaw looked back with anger in her eyes, "shutup Eaglepaw, your pelt looks no better!" and stormed off.

She stopped by the fresh-kill pile and grabbed a vole and started to eat it until Troutpaw came up behind her and purred "sorry about Eaglepaw, he can be a jerk at times." Mintpaw looked back and nodded.

Mintpaws fur tingled as Troutpaw padded away and sat next to Dawnpaw. He licked her shoulder and stared up at Mintpaw. She looked away and walked away with her vole and sat next to Cherrypaw. "Hey" she purred towards her and ripped off a peice of meat and gulped it down.

Cherrypaw giggled and cackled "you should of heard the joke Twigpaw just told me! It was so funny!" Mintpaw looked over at Twigpaw and laughed as he tried to smooth out his fur. "He said-" Jaywing interupted her conversation, "Mintpaw hurry up and eat! We have to go to the Sandy hollow with Troutpaw and Beetlepelt!"

Mintpaw gave a quick purr as both her and Cherrypaw giggled. Jaywing padded towards the entrance and waved his tail for Mintpaw to come. She abandoned her vole and padded after him.

Jaywing greeted her and they padded into the Sandy hollow. Troutpaw waved his tail at her and returned to lunging at Beetlepelt. Mintpaw blushed and meowed "so what are we doing today?" Jaywing stopped and purred, "you and Troutpaw are going to fight."

Mintpaws heart sank as she choked out " w-why?" Jaywing laughed and mewed "because you BOTH need practice."

Mintpaw sighed and padded over to Beetlepelt and sat down, waiting for Troutpaw. She licked her paw and drew it over her head, trying to fix her ruffled fur, remembering Eaglepaws comment. Troutpaw flashed a look at her that said your pelt looks fine..

Mintpaw streched up on her back legs and sprung at Troutpaw, falling to the ground swallowing dust. She spat it out and coughed as Troutpaw mewed "oh I'm so sorry!" He padded up to her and nudged her up. Mintpaw sighed and mewed "I'm no good at this." "Yes you are." Troutpaw mewed back and growled "now come at me again!"

Mintpaw sighed and lunged at him, knocking him to the ground. "Whoah!" Troutpaw exclaimed and scrambled underneath her. Mintpaw held him down with all her strengh, and growled "hit me with your best shot." Troutpaw laughed and kicked her off, only to be held down again by Mintpaw. "Wow your quick!" He snarled as Jaywing mewed "ok! Thats enough for today!"

Mintpaw and Troutpaw padded back to camp only to seperate when they got there.

He watched Mintpaw pad off. He felt horrible for not going with her, he felt different when he was around her. He yawned and stretched out next to Dawnpaw, trying his best to act modest.

He took every chance he could get to glance at Mintpaw. He loved to watch her silver pelt glimmer in the sunlight. She was so beautiful.

He caught her eye and they were caught in some sort of trance that he couldn't break.

Eaglepaw saw this and yelled "Mintpaw and Troutpaw are mooning over each other!" Troutpaw held back a retort and snarled "no you mouse-brain! I was telling her, good job with the training." Eaglepaw rolled his eyes and shook his head.

"Ugh!" Dawnpaw moaned and growled "why do you like her!" Troutpaw felt his pain burn in embarressment. "I-I don't like her! I was just telling her good job!" Dawnpaw stood up and walked away. Troutpaw scrambled up and yelled after her "wait!"

Troutpaw glanced at Mintpaw, she was sadly looking at the ground. Why does she have to be so nice! Troutpaw yelled in his head and sprung in front of Dawnpaw. "I love you more than any she-cat here! Mintpaw is like at the bottom of my list if I ever had one!" Troutpaw said in a aggrivated tone.

Troutpaw flashed a quick look at Mintpaw and saw the pain in her eyes as she turned and ran off. He saw her run out of camp. Ugh! This is so hard! Troutpaw thought and gave a sad look at Dawnpaw.

Dawnpaw rolled her eyes and mewed " well I gotta go anyway, Goldenfur is calling me!" She turned and ran off in anger.

Troutpaw was tempted to run after Mintpaw but he didn't, he stayed there in the Apprentice den, dreaming only about Mintpaw.

Mintpaw padded up to Troutpaw and mewed sadly "How could you say that about me?" "I didn't mean it! Dawnpaw was pressuring me!" Troutpaw threw back. "I always knew you loved her more than me!" he heard Dawnpaws voice break from the shadows.

He mewed back "whats going on!" He knew he had to make a desision, and fast. "I love you, Troutpaw." Mintpaw whispered but Dawnpaw snapped at her "I love him more!" Mintpaw didn't say anything, she just walked away sadly.

A jab in his side awoke Troutpaw and made him moan. It was Dawnpaw, "you promised you would go hunting with me!" Troutpaw ried to shake away his tiredness away and opened his sleepy eyes. "A-alright." he mewed and let his head plop back on the ground.

He looked around for Mintpaw and saw her crying next to Cherrypaw.

How could I do this to her? I'm going to have to do something and fast....

Mintpaw laid there crying, she couldn't believe why Troutpaw could ever say that about her. It was like her heart split into two.

She heard her name being called from the camp entrance, she peered over and saw Jaywing yowling for her "Mintpaw! We need to go on a patrol with Sundrop!" "Don't wake the neighborhood." Mintpaw grumbled as she padded out of camp. "Is there something wrong?" Jaywing asked and turned his head. "No...nothing's wrong." Mintpaw replied and speeded up her walk. Sundrop took a quick glance at her face and mewed into Jaywings ear "I think she's been crying.".

Jaywing rolled his eyes and asked  "Mintpaw, why were you crying?" Mintpaw puffed out her chest and snapped "that is none of your business!" She stormed back to camp.

She swiftly jumped through the tunnel and padded into the apprentices den. She let her tears spill out only then when she hit the floor and closed her eyes.

Mintpaw opened her eyes seeing all blackness. A slight glow came from around a bend and it radiated the room. Mintpaw cautionly followed the light trail and stopped, seeing a beautiful she-cat staring at her paws, crying. It was Dawnpaw.

Mintpaw ran by her side and asked, "whats wrong?" But it wasn't Dawnpaw, it was her mother, Grayfeather.

Mintpaws heart skipped a beat as she stared at the StarClan cat. "Please.... please don't break my daughters heart, she has nothing left but Troutpaw." Grayfeather wailed as more tears poured down her face. She flashed a sad and depressed look at Mintpaw and said "I know she hurts you, alot, but seeing her with him makes me so happy!" Mintpaw nodded as she winced at her comment.

"Only Starclan knows the future, heck! I don't even know it! But I know they're meant for each other!" Grayfeather yelled again, pain filled the sadness in her eyes. Mintpaw shook her head, "but that won't keep me from loving Troutpaw, nothing will..."

Mintpaws eyes streched open as Troutpaw walked into the brambles. She raised her head in a yawn and mewed "hey.." She got up and stretched her legs, shaking her mind awake. Troutpaw barely lifted his eyes as he grumbled "hi." He curled up in his nest and laid his head down, staring up at Mintpaw with sadness.

Troutpaw couldn't sleep, his mind raced with images of Mintpaw and Dawnpaw. Oh Starclan, what do I do? he asked them silently in his head and tryed to close his eyes for a dream to come.

Troutpaw opened his eyes seeing all blackness, only a small glow and a pretty she-cat showed. "Mintpaw?" Troutpaw whispered and stepped a little closer. He blinked and saw mintpaw walking near the light. He slowly padded over and watched from a distance as he watched Grayfeather wail and screech about Dawnpaw, her only daughter.

Then he heard Mintpaws comment, "But that won't keep me from loving Troutpaw, nothing will..." she said and turned to pad away.

Everything became a blur as Troutpaw was awoken by Dawnpaw saying " Beetlepelt wants you to come with me and Eaglepaw to the Sandy hollow so we can train!" Troutpaw snapped open his eyes and yawned, trying his best to wake up.

He stretched his legs and stood up. Dawnpaw wrapped her tail around Troutpaw and cooed "oh I forgive you for yesterday." Troutpaw rolled his eyes and growled "so how have you been?" Dawnpaw shrugged her shoulder and padded out of camp.

Troutpaw stopped and said "where's uhh Eaglepaw." He held back the thought of Mintpaw and padded on.

Dawnpaw paused and aked him "do you like....Mintpaw?" Troutpaw felt his throat grow dry as he choked "n-no" Dawnpaw sighed and padded on in sadness...

Mintpaw walked off with Jaywing on a hunting patrol. She paused and whispered to Jaywing "stop, wait I think I hear something.." Jaywing nodded and mewed "go for it."

Mintpaw lowered her tail and crouched down in silence. She heard the scufling loud and clear now. It was a vole.

She crept over to a bush and sprung, missing the vole, but instead she landed on Troutpaw, he was hunting the same thing.

Retrieved from "https://warriorsfanfic.fandom.com/wiki/The_Right_Moment?oldid=176825"
Community content is available under CC-BY-SA unless otherwise noted.