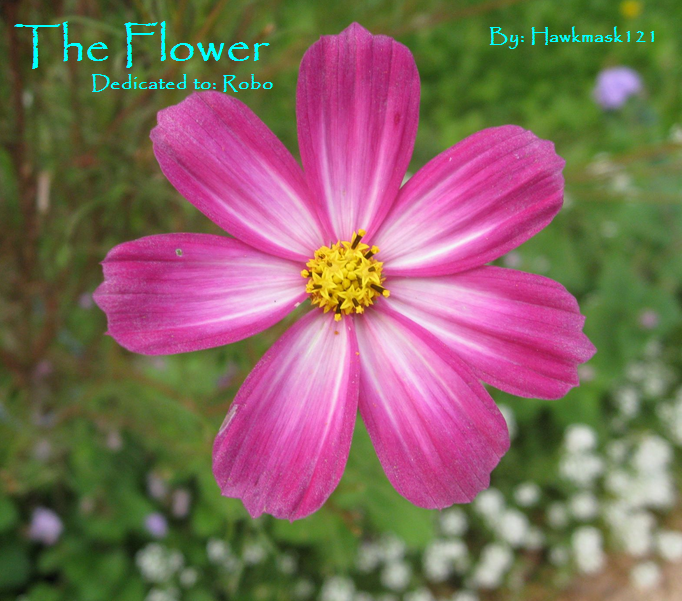 Friends are there for you:

They care for you,

They play with you,

You could have all the money in the world,

but if you don't have any friends,

Hawkpaw pelted through the trees, excitement bubbling in her chest. He blue eyes shone in the sunlight.

"Wait for me!" A voice called behind her.

Hawkpaw slowed to a trot, waiting for her black and white friend to catch up. Aquapaw'e eyes were ice-blue, but they were the friendliest eyes Hawkpaw had ever seen.

Sunlight cast golden ray through the tree tops. Above their heads, birds were singing and a warm breeze weaved through their fur. Hawkpaw could hear the softs cuffling of prey in the brambles and bushes.

Aquapaw bounded forward, disappearing behind a holly bush. Hawkpaw followed her friend quietly. She sniffed the air, but Aqaupaw's scent was gone.

Where did she go?

A loud caterwaul made her jump. She looked around frantically to see Aquapaw laughing hysterically.

Hawkpaw cuffed her playfull around the ear, "You nearly made me jump out of my fur!"

There, standing alone, was a bright pink flower. Gently, Hawkpaw approached it, breathing in its sweet scent. Aquapaw nudged ger to one side so she could sniff.

Hawkpaw felt the soil around it, "The soil's all dry," she meowed.

"And so is everything around it." Aquapaw pointed out.

Hawkpaw gazed at the dry, yellow grass surrounding the flower. One of it's petals were shriveled and its green stem was turning brown. Dry, light brown sand was burning her pads.

Aquapaw gazed around frantically, "We should get it some water," she meowed, clawing up a pawful of moss.

Hawkpaw grabbed a whole bunch of moss and padded toward the stream, where a tiny trickle of water ebbed out from between two rocks. She dropped her moss in it and rolled it around in the clear, cool liquid. She then grasped it again and waited for her friend to soak her ball of moss. Then, they raced back to the flower.

Hawkpaw squeezed the paws in her paws and the water trickled out, dripping on the dry sand. Slowly, it left a dark, damp spot as it sunk down to the flower's roots.

After they finished, they eyed the pink flower proudly.

"Just a normal friend?" she asked, "Or best friends?"

Hawkpaw stifled a mrrow of laughter, "Best friends, for sure."

Aquapaw leaped to her paws, "I think we should get back to camp, before the Clan misses us."

Hawkpaw slowly got to her paws, eying the stem one last time. It was turning bright green as it drank from its roots.

Aquapaw pelted away, calling over her shoulder, "Bet you can't catch me!"

Hawkpaw followed, "Bet I can!"

The flower shivered in the wind, its bright pink petals swaying. The yellow middle sent pollen drifting through the breeze.

Aquapaw flashed a paw into the river, launching a silver fish up into the air. Its scales shone in the golden sunlight, and it lay flopping on the bank. Aquapaw killed it with a swift blow to the head.

Aquapaw pushed it toward her, "Want to share?" she asked.

Hawkpaw shook her head, "No, thank you."

Hawkpaw rolled her eyes, "Fine," and she tucked into the fish.

Aquapaw joined in, biting at it hungrily. "I wonder how the flower is doing?" she mewed aloud.

Hawkpaw raised her head immediately, "The flower!" she exclaimed, "Whe have to check on it." She raced away into the trees.

"Can't we ever leave together?" Aqaupaw asked herself, then sprinted after her.

Hawkpaw was sniffing at the flower, its petals vivid and pink, it's stem glowing and green.

"We saved the flower!" Hawkpaw yowled in happiness.

Aquapaw sniffed, "And everything around it."

The grass was lush and green, and the soil was dark and damp. Dew lined each blade of grass, and the petals of the flower.

Aquapaw turned to her, "What? Our friendship?"

"Come on, let's hunt," Hawkpaw meowed cheerfully, "I don't want to go back to camp empty-pawed."

"Race you to the tall oaks!" Aquapaw raced away.

Hawkpaw hurtled after her best friend.

A friend is someone who knows you and loves you just the same. ~Elbert Hubbard

A single rose can be my garden. . .a single friend, my world. ~Leo Buscaglia

A friendship can weather most things and thrive in thin soil; but it needs a little mulch of letters and phone calls and small, silly presents ever so often - just to save it from drying out completely. ~Pam Brown''

Retrieved from "https://warriorsfanfic.fandom.com/wiki/The_Flower?oldid=215439"
Community content is available under CC-BY-SA unless otherwise noted.