Start a Wiki
This is the second book in the Imprisoned series. 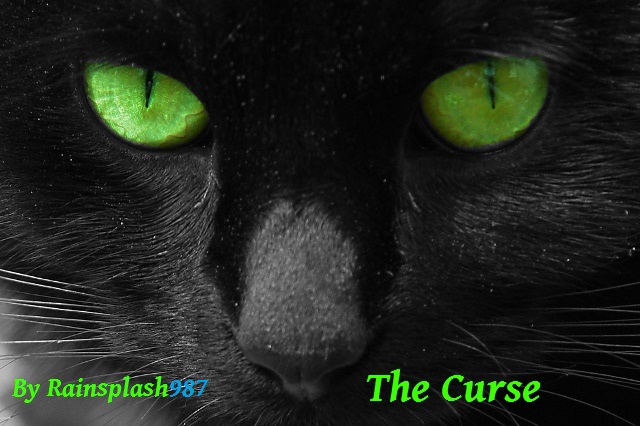 The two cats were wrapped up in a ball of silky light; the white rays danced aruond them in an everlasting aurora. One of the cats - the bigger and more imposing one, with glitter in his fur and the stars in his eyes - stood up, shaking a starry dust off of his thick gray pelt, which was flecked with small white snowflake-like patches. "Our time is up, my dear. I must go. Don't forget my warning."

This cry was torn from the smaller of the two cats. She stepped forward pleadingly. "You can't be serious about this, can you? I don't... this can't happen!"

Stooping down, the larger StarClan cat touched his nose to hers. "I'm sorry Frostflower. But the curse cannot be undone."

With a heartbroken wail, the slender white she-cat swayed on her paws, as if this news was too much for her delicate system to bear. "Can you... repeat the curse?"

"Your Binding has been renewed to protect you for another moon. Therefore, you will be able to lead the remaining SkyClan cats in a battle against Edith without being unprotected. But as a result of this, the first cat you love will die," the tom repeated ominously.

Shaking her head, the princess sunk to the floor of the ghostly orb, tears running silently down her cheeks. "Why? I'm not worth it! I don't want my Binding to be renewed! I'll risk it! I'll die! No one I love can die. No one... I couldn't bear it if they died!"

"The first cat, and only the first. There will be others." Sorrow and sympathy shone in the StarClan tom's eyes, but his expression showed there was nothing he could do.

And then he was gone, and Frostflower was alone.

Quietly, the young princess made up her mind. If it had to be like this, she would have to make do. There was only one option. She couldn't let anyone die because of her foolish sentiment. She could never love anyone.

"Frostflower, wake up," a gentle voice came from somewhere far outside the dreamy reaches of sleep. I moaned, threw a paw rebelliously over my ears, and rolled over.

The next thing I knew, Peachpaw - Coalfur's boisterous, not-too-gentle younger sister - had shouldered Graypaw aside and was shaking me vigorously. "Get up! There's things to do, and here you are, snoring your life away like some kind of hibernating badger."

As I stumbled to my paws, in a deplorable state of confusion, Applefur's voice came to us. "Peachpaw! Is that any way to talk to the princess?"

My mind was too fogged up with sleepiness to retort that I didn't need special treatment because I was the princess; I accepted Peachpaw's mumbled apology without much ado. "Am I really that late?"

Dawnwhisker's face appeared in the doorway. My mentor/adoptive mother smiled warmly at me. "Not too late, though I'd prefer it if you started your day a bit earlier. There's things to do: hunting, planning, and just talking with everyone." In a lower voice, for only my ears to hear, she added, "They're depending a lot on you. You've given them a lot of hope. You can't just let them down."

That was really the last thing I needed to hear, but I nodded. "Okay, okay. I'm coming."

With an understanding smile, Dawnwhisker whisked herself outside. I followed- and bumped straight into Coalfur.

Instantly, my dream came flooding back to me. "The first cat you love will die."

I was pretty sure I didn't love Coalfur. It was probable that I didn't love him. But... I had to admit... if there was a cat I fell in love with, I couldn't deny that his face was the first that popped up. And I had to stop that madness, for two obvious reasons. One, he would never in a million years love a she-cat like me. And two, and most importantly, if I loved him, I'd kill him.

Retrieved from "https://warriorsfanfic.fandom.com/wiki/The_Curse?oldid=185478"
Community content is available under CC-BY-SA unless otherwise noted.