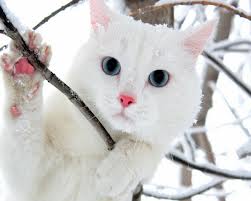 (i am using a similair plot about the beggining buzzybee, sorry)

A subtle breeze ruffled the trees and the bushes parted to reveal several cats with stars in their fur stepping forward into a moonlit clearing.

A light ginger tom padded forward, and eyed the other cats. "What are we going to do?" he mewed.

"I don't know , Firestar, but we can't go on like this!" a black and white tom called out.

"She is a special kit, Tallstar, she may put the clan in danger," Firestar mewed.

"She has special powers, how could she cause harm" a blue cat mewed.

"Bluestar, she has incredible powers, if she uses them wrong, it could tear the clan apart," Tallstar added.

"Or put it together again! Don't look at the bad side of everything!" Bluestar mewed.

"The Dark Forest cats train apprentices, maybe we should too, instead of making them evil, we could make them loyal cats," Firestar suggested.

"Great idea! If we train this kit the right way she could be a great warrior! Maybe leader!" Tallstar mewed.

"It's settled! We shall train cats, but only ones that have leader qualities," Bluestar said.

The cats departed, and the stars sparkled into the now empty clearing.

Snowkit woke with a start to see Hazelkit prodding her side. "Wake up lazybones," she was mewing.

"Okay, Okay," Snowkit moaned. She reluctantly stood up and streched her legs. Snowkit trotted after Hazelkit who was heading to Thunderclan's fresh-kill pile. At that moment their father, Birchpelt, strode into the clearing carrying some voles in his jaws.

"May we have some?" Snowkit asked.

"Sure," he mewed dropping them at the kits paws. They devoured the voles hungrily. When she was finished, she began to chase a moss ball. Wolfkit and Blazekit padded towards where she was playing with the moss.

"Can we play too?" Wolfkit asked jumping on the ball of moss.

"I guess," Snowkit mewed, batting it from under Wolfkit's paws.

Blazekit jumped in and tugged it from Snowkit's area. She quickly responded by knocking his legs sending him toppling. She picked up the moss and tossed it to Wolfkit. Blazekit shook off the sand.

Fernstripe, Wolfkit, Blazekit, and Foxkit's mother came out of the nursery "Don't get dirty for your apprentice ceremony," she mewed licking their fur flat.

At that moment Talonstar yowled from the Highledge. "Let all cats old enough to catch their own prey gather beneath the Highledge for a clan meeting!"

Cats poured out of their dens into the main clearing.

"Snowkit, you have reached the age of six moons, and it is time for you to be apprenticed. From this day on, until you receive your warrior name, you will be known as Snowpaw. Your mentor will be Rainfall. I hope Rainfall will pass down all she knows on to you," he continued. Snowpaw was bursting with excitement. Her blue eyes sparkled.

"Rainfall, you are ready to take on an apprentice. You have received excellent training from Feathershine, and you have shown yourself to be a loyal and determined Deputy. You will be the mentor of Snowpaw, and I expect you to pass on all you know to her." Talonstar continued. Blazepaw's mentor became Birchpelt, Wolfpaw's mentor became Braveheart, and Hazelpaw's mentor became Hollyfrost.

"I am so excited!" Hazelpaw whispered to her friends. "I know," Wolfpaw mewed.

"I can't wait to train together! We can hunt, and practice fighting, and go on patrols!" Blazepaw mewed.

The cats below began to disperse, flocking into seperate groups chatting excitedly. Flamekit bounced up to the new apprentices. "Luckies! I can't wait till I am an apprentice!" he squeaked.

Snowpaws eyes shined with pride, "finally,"she thought "It won't be long before I am a warrior, deputy, and Leader!" Snowstar would be her name, and she would make her clan great...

where am I? she thought. She was in an empty clearing. Stars shone above her closer than usual. Suddenly a bright pelt caught her eye and she turned.

"Who's there?" Snowpaw mewed cautiously.

"Peace, young warrior," a sparkly clearish tom she had never seen before mewed.

"Where am I?" snowpaw questioned.

"Starclan." he mewed. Her eyes widened.

"Wait, so I'm like DEAD?" she screamed, pacing in circles.

"No, you're not dead," he mewed placidly.

"That doesn't even make sense. Am I like in a prophecy or something?" Snowpaw asked, her tail flicking rapidly.

"Yes, but thats not why you are here. You are here for training," he mewed, and he flicked his tail signaling for cats, old leaders mostly, to pad out of the bushes. Snowpaw stiffened

"You are our first recruit. Brambestar will be your mentor," he mewed, and the legendary bramblestar padded forward with a wide grin on his face.

"Okay!" she mewed excitedly "Can we start?" she asked.

Retrieved from "https://warriorsfanfic.fandom.com/wiki/Snowstorm%27s_Prophecy,_A_New_Apprentice?oldid=241784"
Community content is available under CC-BY-SA unless otherwise noted.