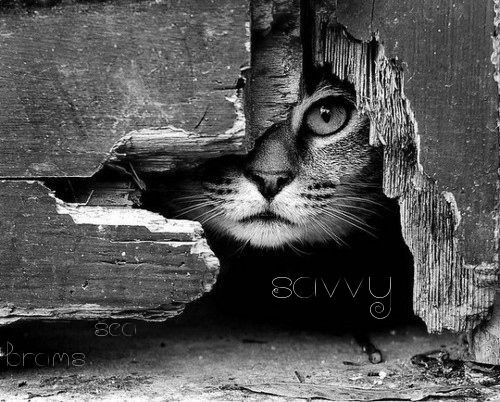 by brams and sea

inspired by savvy by ingrid law

Zaire has a secret - her savvy. Everyone in her family has some sort of special power that has been used to help their village. Zaire knows what her power is, but something happens, and someone finds out. Now Zaire must test this cat's trust to have her secret stay a secret.

The little gray tom has already jumped on me before I notice he's there. The weight on top of me would probably make any other cat fall over instantly, but I'm able to walk around pretty normally with him jumping and tugging onto me. That's until the visions decides to start coming.

"Arrow, aren't you supposed to be collecting moss for your mother?" I say questioningly. All I really want right now is for him to leave - my vision is starting to blacken, and I don't want to pass out in front of every cat. There's always the chance that they could figure out my secret.

"But Sakura always makes me work! And plus, I like playing with you better." I turn to look at him, and he makes a face. Giving him a look, I manage to get him to get off my back, and I turn to face him.

"Arrow, if you listen to Sakura, then maybe she'll let you out more often." I wince a bit at my harsh tone, but Arrow seems unfazed, and I can feel his large amber eyes staring at me as I take a sweep of our surroundings to comfort myself.

"But I don't wanna do work! I just want to have fun. Fun, fun, fun." Arrow gets up and starts jumping around - he can get excited by pretty much everything.

"Arrow, if you don't listen to your mother, I won't play with you for the next quarter moon." I say sternly, and he huffs before turning away.

He mutters something, and I catch it. "You're starting to sound like my mother." After making sure that he goes back to his mother, I quickly run out of the camp, tripping over rocks and tree roots in my hurry to get far away from the village.

I can feel the familiar worn out path through the woods as I try to run faster than the darkness of the coming vision. I've already seen this particular vision many, many times - I already know what I'll see. That's what my savvy is - seeing snippets of the future of particular cats when I touch them.

When I finally get to my wonderful hollow tree, I'm out of breath - and for some reason, that makes the blackness seem to creep up on me faster. I have just enough time to jump into the tree before the darkness swallows my consciousness.

I'm standing in what feels like nothing, in a way. Everything around me is just pure white, like I'm surrounded by very spacious clouds. I look everywhere, but it's just - blank. I can see absolutely nothing. And I can easily tell now - there's something wrong. The visions should've started already.

My savvy - my special power - should've been working right now. In fact, I should be awake and pretty much normal at this point. But the visions aren't coming - is my savvy malfunctioning? Has that ever happened before?

But I shouldn't be able to know. After all, my mother's savvy is that she can create killer storms when she's angry. But she usually has a calm demeanor, which means that I don't actually remember her last storm.

It was the one that had killed my father, after I'd been born. My mother - Iris - just lost control. The weather around my home is basically tied to Iris's mood. It's usually sunny and warm - she's usually happy.

But then the sadness starts to come, and it can rain for days on end. Rain and snow are like my tribute to my father. It's a way for me to remember him - when Iris is sad, I'm sad too. The sky will also be sad. That's just how it works, I guess.

And my savvy is that I can see snippets of the future. If I touch certain cats - like Arrow for example - their whole lifeline can just flash before me in a matter of seconds. It's usually over before I know it. But something's happening... something's terribly wrong.

I scrunch my eyes, concentrating. When I open them again, I'm standing on one of the hills surrounding the village. I'm all alone - the light breeze is making me anxious. This isn't supposed to be happening either - where is Arrow? But seeing something real - that's a start.

"Hey!" I hear a call from my right, and a smile breaks out on my face. Turning around, I see a little gray tom with shining amber eyes run up towards me. It's Arrow. I run towards him, not caring about anything. Maybe - maybe the visions will start now, and everything will be normal.

"Arrow!" Arrow stops right in front of me, and his eyes are blank - they are fixed somewhere, somewhere far away. Then his gaze flits back to me, and his expression is that of curiosity.

"I know your secret, Zaire." He says calmly. I reach out to touch him.

And the visions begin.

Dawn light streaks overhead from the sky as I emerge from my den in the village. It feels warmer than it's been in moons, and I'm thankful. Leaf-bare was long and cold, and newleaf seemed to have finally come.

We need a change from this cold weather. Leaf-bare was harsh on the village, I thought as I sat down, leant over to groom a tufted bit of fur on my shoulder. Hopefully newleaf will help to strengthen us.

The village, in a way I would describe it, is a group of cats - I'm not sure exactly how big it is, however. It's like our camp, where we live together as a community, and help others who may need it. We hunt around where we live, but we don't have boundaries. We have names, too - such as Sakura, Iris, and my own name - Zaire.

Thinking of the village, and helping to strengthen it, was starting to make me think. I'd better go help. Rising back onto my paws, and stretching for a moment, I started to look around to see if anyone would be interested in working with me that day...

To my disappointment, everyone seemed busy. Feeling guilty that I hadn't joined someone - or some group earlier - I let out a long sigh, feeling frustration well up inside of me.

Jumping slightly at the sudden voice, I started to turn around, flicking an ear at the speaker. I knew that voice as soon as I heard it, and I wasn't surprised when I set my eyes on the young tom.

It's been a while since he was a kit - now, he's full-grown: a useful asset to the village. His gray fur is sleek and shiny, his amber eyes round as he stares at me, waiting intently for an answer. However, it feels as though my mind has drifted off back to his kithood again.

I haven't forgotten the vision of him, telling me that he knew my secret, all those moons ago. It's been nearly four seasons since that day, and it still - sometimes - haunts me when I see him. I try to forget about it... but it doesn't work.

"Oh... I was just about to go hunting," I mewed quickly, looking at Arrow's nose instead of his eyes. For some reason, that scene flashing back through my head again and again, is making me nervous.

Arrow flicks his fluffy tail. "I've got nothing to do at the moment... can I hunt with you?" he asks, his head slightly tipped to one side.

I answer without thinking. "Sure." Then, the scene flashes back through my head again, his words echoing in my ears: "I know your secret, Zaire." - and at once, I start to regret my decision.

Arrow seems to bounce on his paws - even though he's well past his kithood, he's still very energetic and lively. "Yay!" Before I can speak, he tears over to the camp entrance without hesitation.

I follow at a slower pace, my paws slowly dragging against the dusty ground as I reach the entrance to the village. Together, the two of us head out, into the lands beyond.

And I still can't get out of my thoughts.

A soft breeze ruffles the tree leaves above Arrow and I as we stop in the midst of the forest. It's been a while since we left the village, and as I look around, I decide that this is the perfect place for hunting.

"Is this it?" A little bit to my right, Arrow looks up to the sky, up into the expanse of green leaves, and patches of blue sky beyond. "Is this where we're hunting?" He takes a pace towards me.

I nod, and shuffle away from Arrow as he steps forward, nearly crashing tail-first into a tree. I can't risk Arrow touching me here - I really don't want my savvy being set off, and I'm a long way from my hollow tree. Adding on to that, if I flee, Arrow's bound to follow me. He's a very inquisitive young tom.

Arrow is still staring up at the sky as I turn back to him, but he quickly looks back at me. At once, his tail sticks out like a twig, as I see him tasting the air. I quickly follow suit, not picking up anything immediately.

Then, there it is: As soon as I pick it up, I see a squirrel eating a nut two fox-lengths away from where I'm staring. Arrow seems to sense it at the same time as me.

"Squirrel!" he hisses, his amber eyes bright. He scuttles right past me at a brisk pace, and I step back as he passes by...

However, I was too slow in terms of reactions. Just before I step back, I feel something brush against my tail, just as a gray flash - Arrow, obviously - passed by.

A few heartbeats later, I could see that my vision was darkening.

No. No, no, no, no, no. Not here. I feel myself starting to panic. Arrow had touched me. My savvy was about to make me pass out. And I was in the middle of nowhere.

"Hahaha! Got you!" I heard Arrow's triumphant mew from nearby, and I guessed that he'd caught the squirrel that he'd been pursuing. All I could hope for was that he'd be distracted for long enough to not see me in my passed-out state.

That left me with no choice. With my vision getting darker and darker, I started to run through the forest, trying to escape from Arrow.

Retrieved from "https://warriorsfanfic.fandom.com/wiki/Savvy?oldid=293180"
Community content is available under CC-BY-SA unless otherwise noted.