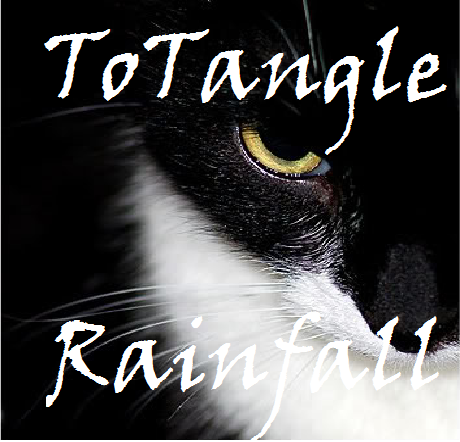 Without your encouragement, enthusiasm and persuation,

Most of my fanfics would still be unfinished.

Clich here if you would like to star in Elements as a character!

I watched cautiously as the ancient cats prowled round us. They were pale, transparent, almost. I was waiting for this damn fight to start already. I could see the others beside me, wary as I was, staring at these cats that lived many moons ago.

I looked over at Airpaw, Earthpaw and Firepaw. I could feel their tension rippling through the atmosphere, sending out signals to me.

I had always been aware of other cats' feelings.

I had always known when I had hurt them, when I snapped at them.

Maybe it was because I was abandoned as a kit, left alone in the woods.

I had never known who my parents were, but it didn't bother me. Appleblossom had raised me, suckled me, fed me. Bluegaze, the Clan deputy, had trained me. I had looked after my sister, Summerpaw. She was more sensitive than I was; she would flinch when you said the words alone.

Suddenly, I felt intimidated by the big, dark grey cat with one thundery eye filled with wisdom.

Stormstar stared right into my line of vision.

I broke away from his look, it was scary, frightening. The way he saw you like he could feel everything that had ever happened to you, all the pain, the stress, the worry.

His voice spoke at last. 'You have come.'

Though words came out, his lips did not move. He and the cats beside him did not even twich a whisker. They weren't moving. Why?

His only eye was glassy, seeing through the present and into the future. 'You are the Elements,' he mewed. Stormstar finally moved, his vision sweeping over us. 'You have come to defeat the darkness that is rising.' He was intense again. 'It could destory you all.'

I heard a muffled squeak from Earthpaw, whose purple eyes were wide with astonishement. Firepaw and Airpaw, however, remained still and curious.

Stormstar continued, ever calm. 'We have woken you to give you powers that can be used to defeat the evil.' He stepped forward to face Airpaw.' I give you the gift of protecting those who you love around you. You can give them a shield that defends them from whatever comes at them.'

He touched Airpaw's nose. She gasped, and looked like she was about to pass out. I felt her pain, and it pierced my heart. I tried to stop mysekf from wincing, but it was near impossible. I just bit down really hard on my tereth, and ground them together.

Stormstar turned to Firepaw. 'I give you the gift of praeteritum. You will be able to see every thought that that person has ever had when you touch them once.'

Stormstar bent down and touched Firepaw's nose. He shuddered, and then I felt a sleepy haze passing over me. It passes, and life returned onece more to Firepaw's brilliant blue eyes.

Stornstar looked at me. He shook his head. 'A tricky one,' he mewed. 'You have lived so little, yet been through so much. When someone is sick, hurt or injured, feels love or compassion, you will sense it too.'

I let the old cat touch my nose, and I felt a hundred different emotions.

I felt the pain of an injured cat.

I felt a mother's love for her kits, so strong she would die for them.

I felt the peace as an elder passed away.

I felt the fury as a cat launched into battle.

I staggered backwards as these feeling flooded through my veins. Then, seconds later, I was me again. I was shocked.

Earthpaw looked collected, and I reaised that my gift was working. I shut my eyes. She was worried, yet calm. I could sense her love for her family, and her Clan. Stormstar moved closer to her, so his voice was barely a whisper. 'I give you the gift of seeing what is to come. The future is bleak, yet you will make it clear.'

As his nose touched hers, a tremor of terror shuddered through her. It was so painful, I moaned out loud. 'Stop,' I whimpered. 'Please.'

Stormstar locked eyes with me. 'Don't be afraid of your future, Waterpaw,' he murmered. 'Be afraid of the past.'

His vision was fading, sliding away. Don't go! I screamed, but no words came out. I still had som may questions to ask the cats. They were barely shadows now, just my thoughts. Please! My questions went on through my head like a loop.

How did I feel this way?

Why did I feel this way?

And what was the darkness?

Something wet and cold landed on my fur. I opened one eye groggily.Great. More rain. It felt like a gift, but really, it was just a pain. Since the drought, it had rained every day, and it was just my luck that I lived under the leak in the apprentices den, and it was all damp eveywhere

In some ways, the constant storm was worse than no rain. There was still no prey; it all hid in shelters and every day it was damp and miserable. I stretched, careful not to wake Summerpaw and Splashpaw beside me, and padded out of the den and into the hazy morning.

There was a yellow-grey splodge where the sun was, concealed by the clouds. It was early still, only dawn, but I couldn't get back to sleep.

Ever since my spooky dream with StarClan, I hadn't slept well. Earthpaw, Firepaw, Airpaw and I had meetings regularly, and made us closer in the process. Yet we still had no clue what to do. My powers were bugging me; I kept on having to feel Earthpaw's aching love for Firepaw, and it was seriously bugging me. I shook the raindrops from my pelt, and headed towards Bluegaze, who was waiting by the camp entrance, with Snowstripe beside her.

'Up early?' the white she-cat joked.

Bluegaze was already inching towards the fern tunnel impatiently, I could sense it coming off her in waves. 'Come on!' she said. 'We're going to do battle practise. It'll be fun.'

I was about to leave when I saw Earthpaw standing outside our den, her eyes glazed. I knew what this meant: she was seeing the future. 'Hang on a minute,' I told my mentor, walking towards my friend. She stayed motionless for several seconds, but then she snapped out of it, her weird purple eyes haunted. 'Don't go,' she whispered.

'What's going to happen?' I scoffed. 'Earthpaw, I'm leaving. I promise I won't get into any trouble.'

But as I left, as quickly as possible, I could feel her prophetic gaze drilling into the back of my neck.

I sighed, and swiped again, forcing more energy into my blow.

Snowstripe looked over the proceedings, sccenting the air and giving me advice now and then. For some reason, she was worried too, I could feel it. She was Earthpaw and Firepaw's mother, maybe mothers and daughters shared feelings.

Suddenly, a pang of hunger jolted through my body, pain too. I gasped, and dropped to the ground. Bluegaze was immedietly sympathetic. 'What's wrong, Waterpaw?'

Maybe I'd eaten crow-food. I doubted that. It was getting stronger, this was another cat's feelings. 'I'll be fine,' I grunted, heaving myself to my feet.

'No you won't!' Snowstripe snapped. 'You need to see Poolwhisker.'

'I'll be fine,' I insisted, not wanting to cause a fuss.

I saw a pair of eyes glint in the shadows, cold, hard black eyes. They were hollow. The feeling of starvation was so strong now, I was wheezing. This was twenty, thirty cats' pain, not just one. More eyes glinted out of the shadows, menacing and hungry.

Bluegaze and Snowstripe were aware of these cats now too. 'Come out,' Snowstripe hissed.' 'We can smell you.'

Thin, skinny, starved cats stepped out of the shelter of the trees. I couldn't look at them, the agony was too strong. They looked like Clan cats, they weren't kittypets for sure. But I had a feeling that they weren't loners or rouges either. 'Who are you?' I croaked, scared of my own voice.

The big, black cat with the hollow eyes glared back at us. 'I am Deadstar.' He slid put his claws. 'And this is DarkClan.'

Retrieved from "https://warriorsfanfic.fandom.com/wiki/Rainfall?oldid=258260"
Community content is available under CC-BY-SA unless otherwise noted.