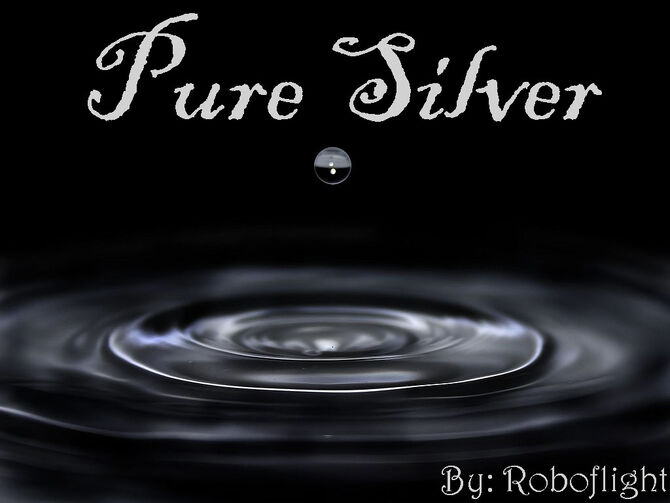 Thunder cackled in the distance as rain poured heavily around camp; cats waiting patiently inside of their dens for the rain to pass so that they could head outside.

The apprentices would either be playing a game in their den, talking about toms and she-cats, eating and sharing the news of the day, or sleeping; on days like this where heading out of camp wasn't an option.

The elders would soon pick one among them to head to the apprentices' den and tell the youngsters to shut their muzzles before they told Bramblestar to come do it for them.

The warriors would be calmly discussing different things about the Clan and the queens would be attempting to control their kits as they went wild in the nursery.

The clearing would be empty, except for the occasional cat rushing to grab a piece of prey from the fresh-kill pile before heading right back.

But on this particular, rainy day, all was not usual.

For one cat at least.

While the rest of the apprentices were enjoying their selves in their crowding den, a silver she-cat was standing silently in the middle of the medicine cat's den.

Redpoppy, the medicine cat, was attending to a sick warrior right beside her, while whispering calming words to the apprentice.

"She'll be alright," Redpoppy promised, "She will be just fine."

A weak cough erupted from the tabby gray she-cat that Redpoppy was calmly feeding herbs.

"Are you sure?" The silver apprentice squeaked, tears in her eyes as she turned up to glance at the pretty ginger medicine cat.

"I'm sure," Redpoppy whispered, "Why don't you go join the other apprentices while I give your mother a couple more herbs. There's nothing special here for you to see."

"I want to stay with her," The apprentice argued, sitting down, and protectively wrapping her tail around her mother's sick body.

The thunder continued to roar on in the distance as the two she-cats remained in the medicine cat's den, a life they weren't prepared to give up at stake.

When I woke up the next morning after the fierce rainstorm I let out a loud yawn, before pushing myself up to my paws and working my way out of the crowded apprentices' den and to the medicine cat's den. I had a big but of my paw from when I fell off a tree and I had been ordered to have it checked every day.

Limping across camp, trying not to place too much weight on my paw; I made my way into Redpoppy's den, where she was sorting through herbs silently.

"Redpoppy?" I squeaked and the medicine cat turned around.

"Hello, Aquapaw," She smiled, "Would you like to get that paw checked?"

"Yes please," I replied, making my paw over to her and gently placing my paws before her so that she could examine it for any infections.

While Redpoppy was working with my paw, I found my gaze glancing curiously around her den as it always did, only to meet a strange sight.

"She's dead," Redpoppy's voice held back thick pain and I felt a sad feeling creeping upon me as I glanced at the limp body of the gray tabby she-cat.

"Poor Frostbreeze," I whispered gently, observing the still body gently, "How did she die?"

"It was a severe case of whitecough," Redpoppy claimed, "I'm sure Frostbreeze is happy in StarClan. I pity for Silverpaw though. Are you friends with the silver apprentice?"

"I know her," I shrugged, "But we've never really had any conversations before... there are too many apprentices to get to know them all."

"She took her mother's death pretty harshly though," Redpoppy claimed, "Which apprentice wouldn't, though. If you see her, try to be extra kind-she's in a lot of pain at the moment."

I nodded gently, "I will," I whispered.

"Thank you," Redpoppy smiled, pulling away from my paw, "Your paw seems alright, Aquapaw, but I want you to stay in your den for the day. You can return to training tomorrow."

"Thank you, Redpoppy," I smiled, before turning around and walking out of the medicine cat's den, and heading into the crowded apprentices' den.

I quickly bounded over to the apprentice, "Hey Silverpaw," I whispered.

"I..." Silverpaw trailed off for a few moments before sighing, "It's hard to be okay when your mother had just died, Aquapaw."

"I know," I sighed, "I'm really sorry for your loss. I can't imagine how I would feel if I had lost my mother... It would be terrible."

"It is," Silverpaw agreed, and a couple of the tears lingering in her eyes fell to the ground.

I didn't know what to say, so I just sat down next to the apprentice, praying to StarClan that Silverpaw's mother was happy where she swelled.

"Why so sad, Silverpaw?" A voice sneered and I snapped my head up to see Reedpaw; one of the fiercest-and meanest-of the apprentices.

"Her mother died," I replied calmly.

"Awh, is poor Silverpaw sad," Reedpaw laughed heartlessly taking another step towards Silverpaw, gently pushing me aside as he faced the silver apprentice.

"My mother just died," Silverpaw replied, "Of course I'm going to be upset."

"You're a wimp," Reedpaw laughed, "A disgrace to the Clan! WaterClan needs strong warriors who can protect themselves, not wimpy excuses for cats."

"Please stop it, Reedpaw," I whispered.

"This doesn't concern you, Aquapaw," Reedpaw snapped, gently giving me a harsh glare and I felt myself quieting quickly; scared of Reedpaw's wrath.

Getting on Reedpaw's bad side was the last thing one would want to do.

Silverpaw continued to cry quietly but Reedpaw refused to taunt her; leaving me to watch in horror as the apprentice's heart was ripped further by Reedpaw's cruel words.

"Bramblestar?" I gently poked my head into the leader's den where Bramblestar was discussing something with Firelight, "Can I speak with you?"

"Is it urgent?" Bramblestar asked gently.

She flicked her tail at me warmly, "Come on in, then."

Once I had settle inside her den; both of the senior WaterClan cat's gazes on me I gently began, "Silverpaw's mother died several sunrises ago..."

"I can't control death, I'm really sorry, Aquapaw," Bramblestar sighed, "I really wish I could do something..."

"That's not it," I claimed, "Reedpaw's been bullying Silverpaw about it a lot. He keeps calling her weak, and saying that she is a worthless excuse for a cat."

"Has he?" Disaprovement crossed Bramblestar's face and I nodded, "I'll have a talk with Reedpaw about that," She pushed herself up to her paws, "In fact; I'd like to address it immediately before something bad happens to Silverpaw."

Following her out of the den I paddled to the apprentices' den, Bramblestar ahead of me with her confident gaze as she made her way into my den.

Instantly all the apprentices turned to look at Bramblestar; curious as to what their leader was doing in their den.

"Where is Reedpaw?" Bramblestar asked, and the shimmering black head of Reedpaw popped up as he proudly made his way over to Bramblestar.

"What is it Bramblestar?" He asked her confidently.

"I need to speak with you about how to treat other apprentices," Bramblestar snapped, "Do you know where Silverpaw is?"

"She's by the river," Reedpaw claimed, a worried look entering his gaze.

"Aquapaw, would you get Silverpaw for me?"

"Of course," I nodded, turning around and allowing my paws carry me towards the river; an inexplicable, eerie feeling reaching me as I did so.

My paws sped up, carrying me towards the edge of the river, which I found Silverpaw facing a calm look on her face.

"Silverpaw!" I called, bringing myself to a stop as reached her.

"What are you doing here?" I questioned.

"Thinking about life," She replied calmly, "And my mother."

"Oh," I stared into the river as well glancing at the reflections in provided within it, "Do you miss her a lot?" I questioned.

"I try to be strong," Silverpaw claimed.

"You shouldn't listen to Reedpaw," I urged her, "He doesn't know what it feels like to lose a parent... none of us do."

"I know," Silverpaw claimed, "But words hurt a lot-even if you know that they aren't true."

We were both silent for several long moments, starring into the river together.

"Most nights I come here," Silverpaw claimed, "With the intention of throwing myself in the river... Without my mother life just seems so hard; and Reedpaw's made my life an apprentice terrible for me..."

"But in the end I never do. Because that's not what my mother would have wanted me to do. She would have wished for me to be stronger, she would have..." Silverpaw trailed off and I felt my heart swelling it sympathy.

"You are a very strong cat," I claimed pulling my gaze up from the reflection, "I don't think I would still have been here if my mom had died and Reedpaw was being to cruel to me."

Silverpaw shrugged gently and I gave her a gentle lick, "I'm proud to call you my clanmate," I claimed, "For being so strong and enduring so much. I wouldn't listen to Reedpaw."

Silverflower and I had become like sisters in the past few moons after her mother died, and I was eager to make sure she knew how proud I was of her.

Once the chanting had died down, and Silverflower had jumped off the HighRock I quickly rushed to her, my eyes shinning with excitement.

"Congratulations!" I exclaimed giving her a quick link.

"Thanks," She smiled, "I just hope that Frostbreeze is proud of me."

"I'm sure she is," I replied, "She couldn't have had a kinder and stronger daughter; and I know that I'm proud to be your friend."

Retrieved from "https://warriorsfanfic.fandom.com/wiki/Pure_Silver?oldid=173614"
Community content is available under CC-BY-SA unless otherwise noted.